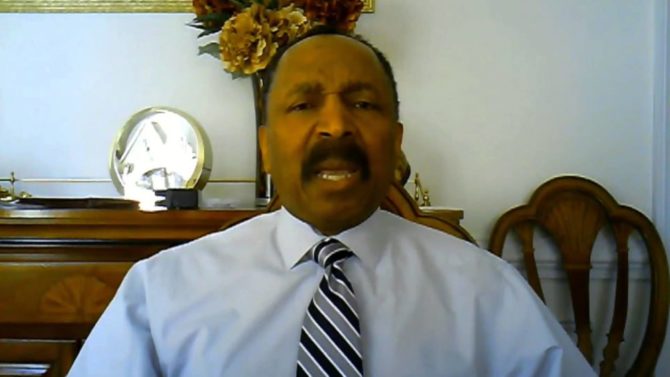 We’ve become pretty desensitized to Christian extremists saying completely asinine things about LGBTQ people. It’s gotten to the point that we hardly even notice anymore. But every now and then, something is said that is so ridiculous we can’t help but chuckle. This is one of those moments…

On his radio program over the weekend, homophobe E.W. Jackson interviewed fellow homophobe David Kupelian from World Net Daily about the one thing that matters most to them: homosexuality.

The men agreed that homosexuality is obviously “unnatural” because small children who have not yet been “corrupted” by the gay agenda find it “icky.”

“We now have 4-year-old kids in preschool where we have lesbian and transgender teachers,” Kupelian said. “They go in and they show two women kissing, two men kissing; there is a natural ick factor where children who have not been corrupted say, ‘Ick, that’s gross!'”

He continued, “I’m sorry, it is gross and the grossness is something that God has put in their mind. People may not like to hear this but it actually is gross and it’s a natural reaction of little innocent kids.”

“They probably haven’t grown up seeing that,” he continued. “It is unusual to them, but the whole point of the left and the LGBT movement is to desensitize people to it, to make it so common that people don’t even react to it.”

Listen to the clip below. Or don’t.