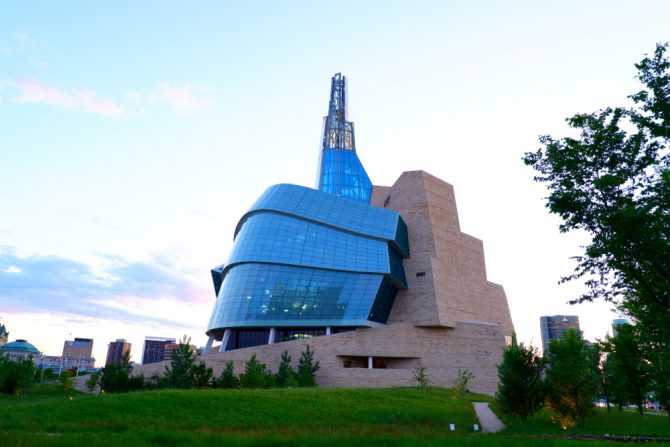 According to its website, the Canadian Museum for Human Rights in Winnipeg is “the first museum solely dedicated to the evolution, celebration and future of human rights.” And its mission is to “build understanding, promote respect and encourage reflection.”

Unless, evidently, that involves LGBTQ people.

Several current and former museum employees have come forward to say that, for over two years, management would instruct them not to share any LGBTQ content on certain tours, particularly tours for religious school groups, who are arguably the ones who most need to see the content.

In one instance, an employee says they were asked to physically block a same-sex marriage exhibit from a passing group of schoolchildren.

“When I complained about it, [management said], ‘Well, that’s what we request and we have to honor the requests from the schools because they pay us for those tours,'” former program developer and tour guide, Gabriela Agüero, tells CBC.

“It was horrendous because then I had to go sit with my gay friends on staff and tell them I did that. It was a horrific sense of guilt and very painful.”

“Unfortunately I wasn’t surprised because it was in line with everything else that I saw that the museum was doing, which was trying to make money,” adds former programming assistant and tour guide Liam Green.

“It felt very disingenuous. It felt unfortunately like just their way of operating.” 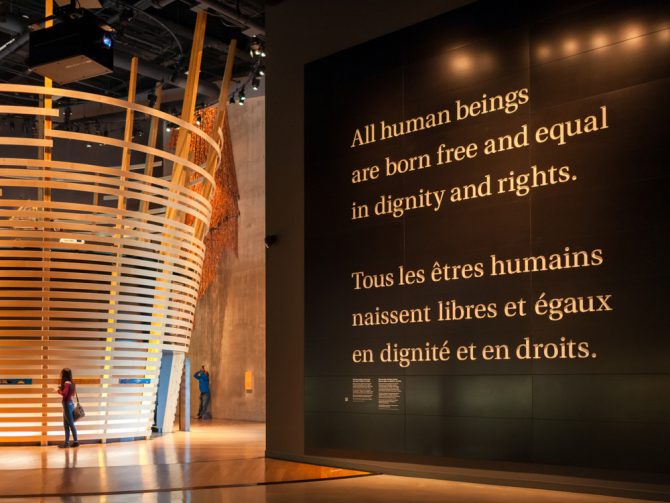 A current employee, speaking under anonymity for fear of retaliation, says LGBTQ tour guides, specifically, were told they couldn’t talk about gay stuff.

“There [was] a lot of upset that they would ask somebody to do that and especially … somebody [who] did identify that way as an LGBT person,” the employee says.

The employee adds that it felt like “an erasure thing rather than a worry about young children,” since it wasn’t just school groups that were blocked from the content. It was also certain diplomats and donors who, evidently, were offended by it.

“There have been people in our communications department that have said things like … ‘all groups are special, some groups are just a bit more special and there are some things that shouldn’t be put on paper. So we have to meet in person to discuss what guides can say to these special visitors.'”

In a statement, the museum admits that, yeah, for two and a half years, it allowed schools and classes to request certain content to be excluded from tours. And, yeah, it almost always included LGBTQ content. But it doesn’t allow that anymore.

“We no longer adapt any of our education programs at the request of schools,” says museum spokesperson Maureen Fitzhenry.

Fitzhenry added that the museum has hired a lawyer to conduct an external review of complaints of homophobia and other forms of discrimination made by current and former employees at the museum.

“In keeping with its mandate and mission, this museum must be a role model that reflects the highest standards of diversity and inclusion, both internally and externally.”