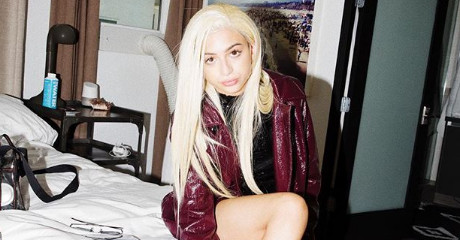 This profile is the final installment in Queerty’s Out For Good series, recognizing those who came out to make a difference in honor of National Coming Out Month.

Bio: JosieTotah has a Hollywood resume that would be impressive for someone twice her age. Having grown up in Sacramento as the child of Palestinian & Lebanese parents, she began scoring roles under her original name, J.J. Totah, on shows like 2 Broke Girls and New Girl. Her star rose considerably with a recurring role as Myron on Glee before nabbing high profile parts in Spiderman: Homecoming as Peter Parker’s classmate Seymour, and with lead roles on the Disney Channel series Jessie & on the NBC sitcom Champions, created by Mindy Kaling.

Coming out: Totah made her announcement in a heartfelt essay, “I’m Ready to Be Free,” published in Time. In it, she announced that she would be known as Josie–and shared stories about her upbringing. For most of her life, people assumed Josie to be a gay boy because she was interested in “girlie” activities, but she was uncomfortable that her interests caused people to make assumptions about her sexuality, rather than her gender.

me and u against the the world, baby

“In the past, I’ve halfway corrected people by telling them I identify as LGBTQ,” she wrote in her essay. “I wasn’t ready to be more specific. I was afraid I wouldn’t be accepted, that I would be embarrassed, that the fans who knew me from the time when I acted in a Disney show would be confused. But I realized over the past few years that hiding my true self is not healthy…My pronouns are she, her and hers. I identify as female, specifically as a transgender female. And my name is Josie Totah.”

Related: “It can be a bit scary at times”: Garrett Clayton on the courage to come out publicly

Making a Difference: Josie has spoken out about how she was inspired by transgender star Jazz Jennings to begin hormone blocking and replacement therapy at age 14, with the full support of her family. In the ensuing years, she tried to keep her identity as trans a secret, fearing the effect it could have on her career. She decided to come out at 17 to show other young people that they can transition at a young age and that they should not have to hide their true identity from the world.

“When my friends and family call me Josie, it feels like I’m being seen,” she says. “It’s something everyone wants, to feel understood. And, as a semi-religious person who went to Catholic school, I have come to believe that God made me transgender.”

in an alley, a photo taken by Allie??

Totah also plans to continue acting while attending college. “I plan to play roles I haven’t had the opportunity to play,” she explained. And I can only imagine how much more fun it’s going to be to play someone who shares my identity, rather than having to contort myself to play a boy.”

Somehow, we have a feeling her best roles are yet to come.

See the rest of the Out for Good series…