Despite being the star of blockbuster hits like The Matrix and John Wick, Keanu Reeves seems to be more notable for the sexuality-related rumors surrounding him. Many fans have questioned Reeves’ decision to stay unmarried at the age of 57, which leaves most of them wondering: is Keanu Reeves gay?

Despite an all-female dating history involving stars like Sandra Bullock, Winona Ryder, and Claire Forlani, fans can’t seem to shake the idea that Reeves might be hiding something about his sexuality. If you’re unsure yourself, read on to find out why some fans think Keanu Reeves is gay (or bisexual).

RELATED: A Brief History of Our 30-Year-Old Crush on Keanu Reeves 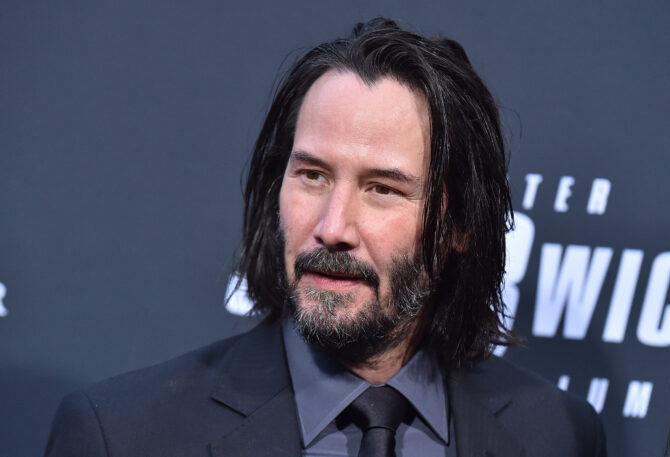 Why Do People Think Keanu Reeves Is Gay?

Throughout his career, Keanu Reeves has done an impressive job of keeping his private life, well, private. While some of his dating histories have made headlines, you won’t find out much about the actor and his romantic relationships now.

Here are a few other reasons people think Keanu Reeves is gay.

Since becoming a Hollywood hot-shot, Reeves hasn’t had a very colorful dating history. After splitting from his first love, American actress Jill Schoelen, in the late 80s, Reeves hasn’t been around the block. He’s been romantically linked to only a few people, including Winona Ryder, Sofia Coppolla, and Sandra Bullock.

In 2001, Reeves took nearly a decade-long break from dating after losing his daughter and then-girlfriend Jennifer Syme after a stillbirth and car accident. Many assumed Reeves might’ve been grappling with his true sexuality.

Despite his current long-term relationship with artist Alexandra Grant, people can’t seem to shake the idea that he might be gay because the star has yet to propose.

He Starred In My Own Private Idaho

In 1991, Reeves starred alongside River Phoenix in the controversial Gus Van Sant film My Own Private Idaho. In it, Reeves played supposedly-straight gigolo Scott Favor, who questions his sexuality throughout the film.

There are a few very intimate scenes between Reeves and Phoenix, some of which fans have claimed look too real. Because Reeves isn’t known to be a method actor, many believe he might’ve taken the role too seriously.

The most notable “is Keanu Reeves bisexual or gay” rumor surrounded his supposed secret marriage to producer David Geffen in 1995. At the time, Reeves was dating Speed co-star Sandra Bullock but kept the details of his relationship in the dark. The two didn’t make frequent red carpet appearances together, and Reeves was more often spotted with Geffen, sparking marriage rumors.

Reeves’s response didn’t do much to quell the rumors, stating, “For a while, people [said] that David Geffen and I had gotten married. That just blew me away. Not because they thought I was gay, but that they thought I could land a guy that hot.”

If you’re in show business, chances are someone in the press will scrutinize your sexuality eventually. When asked in an Interview Magazine interview in 1990 whether he was gay, Reeves responded by saying, “No,” but eventually backtracked to say, “Ya never know.”

Naturally, many took the answer too much to heart, especially considering Reeves’ scarcity of relationships following the interview. 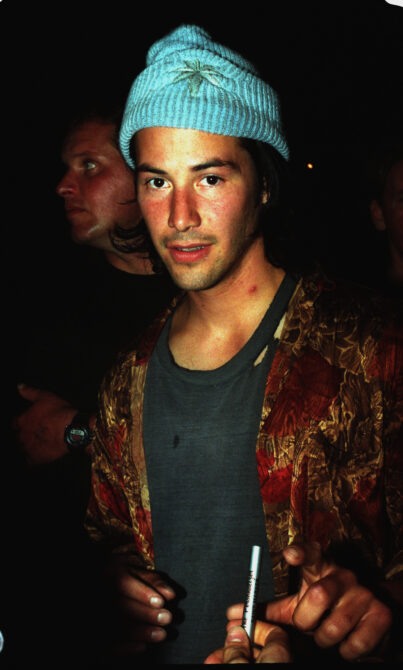 Despite numerous rumors about actor Keanu Reeves being gay, the fact has never been proven. Ultimately, all we can assume about the Matrix star is that he takes his private life seriously and remains one of Hollywood’s most humble and well-loved actors.

Could one of your all-time favorite celebrities be gay, bisexual, or queer? Explore more of Queerty to find out!

RELATED: Some people have just discovered Keanu Reeves starred in a homoerotic thriller