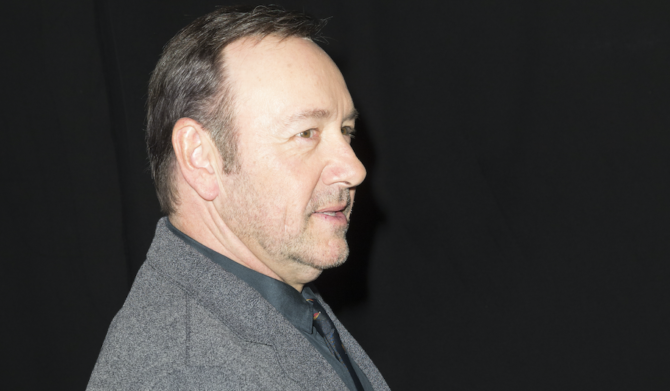 A judge has ruled that the man who is suing actor Kevin Spacey for $40 million in federal court must give up his anonymity if he wishes to pursue the case.

Because the man has disclosed the alleged sexual abuse with other people in the years since it took place, U.S. District Judge Lewis A. Kaplan argued he cannot remain anonymous in court.

The lawsuit was filed under New York’s 2019 Child Victims Act, which allows people to bring a lawsuit regardless of when the childhood-related allegations took place.

Known up until now as “C.D.”, the man will have to reveal his identity within 10 days if he wishes to proceed.

C.D. filed the suit along with Star Trek: Discovery actor Anthony Rapp in September, both accusing Spacey of multiple instances of sexual assault.

C.D. says he met Spacey in 1981 when he was just 12, at an acting class Spacey was teaching. He ran into him again a couple of years later in New York City, and Spacey invited him to his apartment.

C.D. says he performed oral sex on Spacey in his home. He also says Spacey tried to rape him during another encounter, prompting C.D. to flee the apartment.

Judge Kaplan ruled that “C.D.’s privacy interest does not outweigh the presumption of open judicial proceedings and the prejudice to Spacey’s defense that would occur if he could proceed anonymously,” reports the AP.

Kaplan added that C.D. has disclosed the alleged events to an unknown number of people since they occurred, including sharing his story with Vulture for a 2017 article.

“The evidence suggests that C.D. knowingly and repeatedly took the risk that any of these individuals at one point or another would reveal his true identity in a manner that would bring that identity to wide public attention,” Kaplan ruled.

C.D.’s lawyers argued that being forced to go public would result in PTSD for their client. Kaplan countered by suggesting C.D. would experience that outcome regardless if the case continues.

If C.D. does drop the suit, he would become the second Spacey accuser to do so after a man who claimed the actor groped him in a Nantucket bar in 2016 withdrew his lawsuit.