After announcing last week that his debut album will be dropping on September 17, Lil Nas X yesterday unveiled its cover art.

It features the rapper naked, floating against a trippy, psychedelic background that features clouds, waterfalls, ancient Greek-style buildings, wildlife and lush nature. Oh, and his body is wrapped by a circular rainbow. 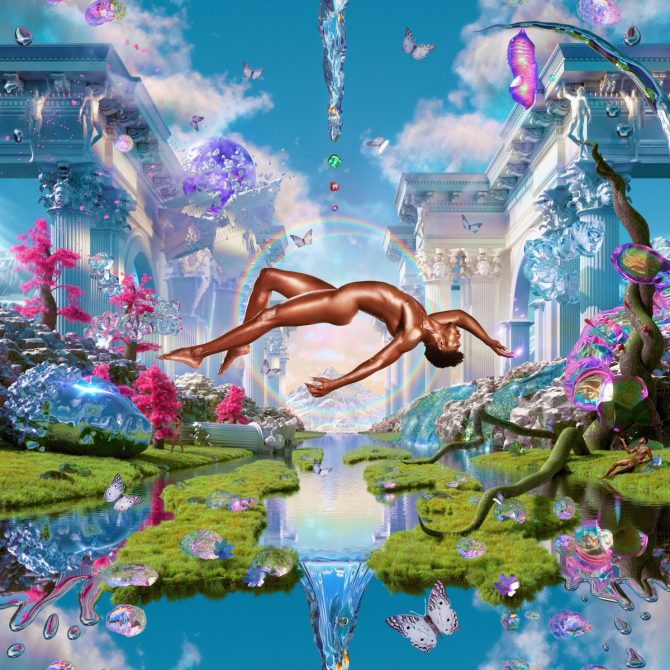 The image quickly racked up over a million likes on his Instagram and 225k likes on Twitter. His fans were quick to praise it and analyze the details, with some realizing the silhouette of his floating figure had featured in recent videos.

Me flying out of chromatica to planet montero pic.twitter.com/7BBomNBCEk

In a later tweet, Lil Nas X posted a tweet crediting the artist that inspired the cover. It was influenced by the Biblical work, ‘(Genesis II)’ by John Stephens… a fact that’s sure to cause further upset the evangelicals who have already decided the rapper is an instrument of Satan.

“Thus the heavens and the earth were completed in all their vast array. By the seventh day God had finished the work he had been doing; so on the seventh day he rested from all his work” pic.twitter.com/0Ba9SJ6m2a

Oh, and there’s a little bit of Spongebob in there, too.

The Montero tracklisting went online shortly after we published our story. Check out the video below.

Related: Lil Nas X officially dating: “I think this is the one. I can’t explain it.”