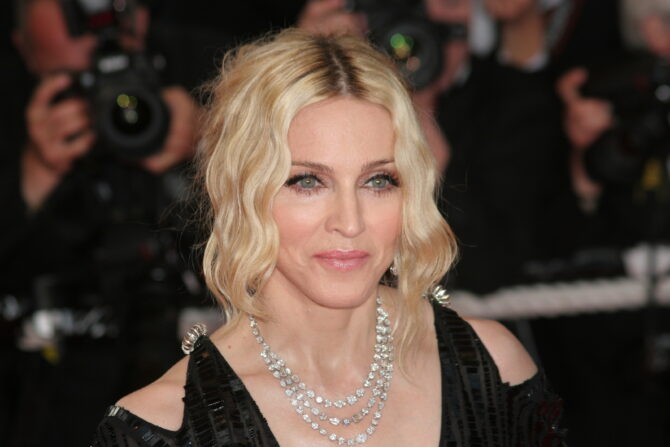 Modonna’s singular success spans five decades and includes 50 number-one hit singles, eleven concert tours and more awards than any one mantle could ever hope to accommodate. There’s a reason she’s the queen.

But even queens are human, and Madonna‘s startling fall while performing at the BRIT Awards in 2015 has been named the most embarrassing moment in the show’s history.

In a survey commissioned by Betfair Casino, fans determined her tumble was the most awkward moment to ever happen at the show.

In Madonna’s defense (not that she needs it), the terrifying plunge was the result of a wardrobe malfunction. In videos of the “Living for Love” performance, Madonna can be seen unfastening her cape at the top of a staircase before it was meant to be swept away by her backup dancers.

Unfortunately, the singer was still attached and she was swept away with it:

Madonna responded surprisingly well for someone who was just yanked backwards down a staircase, and finished the song.