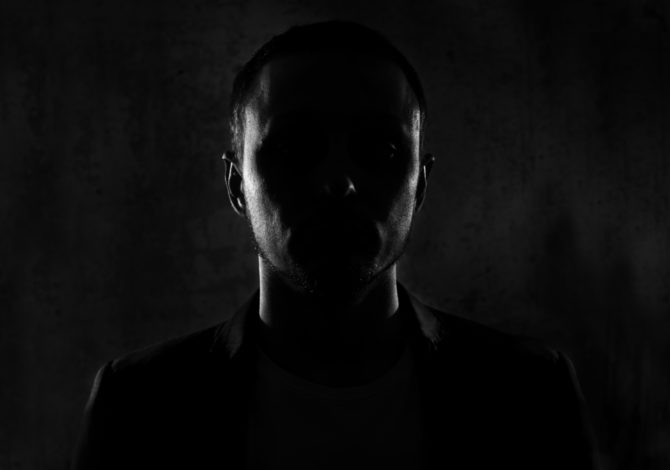 I remember every detail from that night, even after all these years. But nothing rings more clearly than those words. And yet it has taken me four years to fully speak about that night. I’m not sure why. Maybe it was fear? Uncertainty? Lord knows, I’m not alone.

In fact, research shows that 1 in 6 men have experienced sexual abuse at some point in their life. It’s also prominent in the LGBTQ community, specifically. According to the Centers for Disease Control and Prevention, LGBTQ people experience sexual violence at similar or higher rates than heterosexuals. Yes, higher.

Regardless of the facts, I will never forget that night in 2013.

We met at a Starbucks near his house. I was new to Los Angeles, having just moved there for a dream internship. Sitting across from him over coffee, I remember thinking he was timid, with an adorably quiet Italian accent.

It didn’t take long for us to size each other up. Having chatted on Grindr the previous day, we knew where the night was headed. Within 30 minutes, he invited me back to his place. Neither of us had a car, so we ended up walking for what felt like an eternity.

As we passed darkened stores and parks and god knows what else, I told him how I was new to the area and hadn’t actually hooked up with anyone in the city yet.

“Be careful,” he told me with a smile. “Some people here are bad.”

The way he said it, I assumed it was flirty banter.

By the time we reached his house, I was literally dripping with sweat (To this day, my ability to sweat within a 3-minute period of doing anything remains my most attractive quality).

Closing the door behind us, he led me to the bedroom where we started to kiss. Immediately my legs started to shake. “Quit being so nervous,” he said, a clear hint of frustration in his voice. Something seemed off, but I let it slide.

Before long, both our clothes were on the floor as we got down to business. He entered me and started going. At first, everything seemed fine. But then, not two minutes into it, something switched. Things escalated. He got increasingly rougher, past the point of comfort.

Each thrust felt as if I was being burned and gutted at the same time. That’s the only way I can describe it. I didn’t understand. What was happening and who was this person?

Each declaration seemed to give him more energy to go harder, faster.

I began to cry. “It hurts,” I sobbed. Tears streamed down my face. I wanted it to stop. “It hurts. It hurts. It hurts.” was all I could say as he tore inside me. But my words were useless. No matter how loud I shouted or cried, nothing appeared to register with him. He kept going, more and more aggressively.

I tried to find something–anything–to distract me from the pain. Finally, I noticed the pattern on his comforter and turned all my attention to a single white triangle in the middle of a bunch of colors. With each push he gave, I kept my eyes transfixed on that white triangle as if that single stupid shape was going to be the thing that saved me.

Please, I prayed, let this be over soon.

Eventually, he got off. Looking back, the entire ordeal probably lasted all but 15 minutes, but it felt like forever. Once he was out of me, I got dressed as fast as I could. He led me to the door without exchanging a single word.

The next morning, I wasn’t sure how to feel. I was confused and incredibly sore, in a way I never had been before. Was this normal? Was this just like, an LA thing? (Spoiler alert: it’s not.) Was this all in my head? Looking for some semblance of an answer, I sent him a message.

“Great meeting you last night! Had fun!” I wrote, even though I knew it was total BS.

He never responded and I never heard from him again.

It’s been approximately five years since that night. In that time, I’ve occasionally told some version of this story, but I often downplay the details: “OMG and then there was this one guy that kept saying he was going to rape me while he was inside me! HAHAHA what a creeper, right??? LOLZ!”

In reality, nothing about that night was funny. The whole thing feels like a huge grey area. Yes, I consented to sex with this man, but I did not consent to what that sex turned into. I had no way of knowing I would be left hurt and crying that night, or talked to in that way. Everything about it felt like a violation.

I often wonder if everything from that night could have been prevented if I’d simply told him to stop. But I guess I was afraid; I didn’t want to make the situation worse. I simply wanted it to end.

I hesitate even writing this in the wake of #MeToo. Who knows, by the time this sees the light of day, perhaps the #MeToo phenomenon will have passed. I wonder though, is my story worth sharing, in all of its unknowns and messy in-betweens?

Am I to be counted among all the other #MeToo’s?

In a way, it feels as if I’m hijacking a hashtag not meant for me. Besides, I would rather spend my energy elevating the often-hushed and interrupted voices of my sisters, sisters who have definitely experienced worse than I have. I hate to be that person that sees injustice and then makes it all about himself. Yet, here I am, as more and more powerful #MeToo declarations from both men and women fill my timeline.

All while I go back and forth–typing then deleting–questioning, #MeToo… I think?