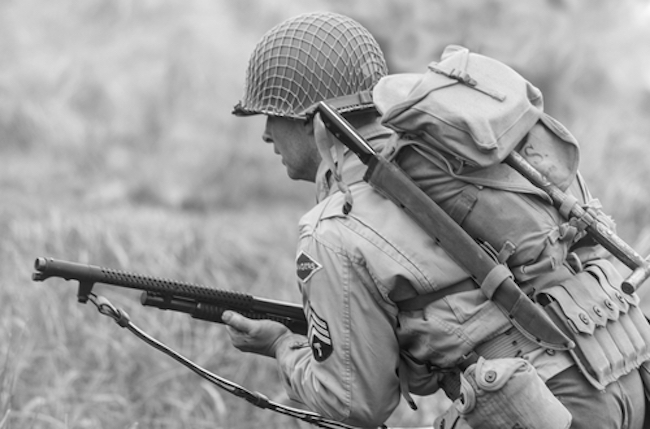 The world was harly a kind place for gay men in 1940, but societal pressure certainly wasn’t enough to suppress love — and not every affair ended in a sea of despair, condemnation, and suicide.

Case in point: While embroiled in military training for World War Two, a soldier named Gilbert Bradley fell madly for another man, exchanging hundreds of letters with a mysterious suitor who signed with simply the letter “G”.

Those letters were recently discovered after Bradley’s death in 2008, and now they’ve been donated to the Oswestry Town Museum.

Not only was homosexuality was still illegal in those days, but men in the armed forces could be shot for having sex with one of their peers.

The letters shed an unusual amount of light on what gay relationships were like at the time.

“My darling boy,” begins one such letter.

I want you darling seriously to delve into your own mind, and to look for once in to the future.

Imagine the time when the war is over and we are living together… would it not be better to live on from now on the memory of our life together when it was at its most golden pitch.

Here’s another letter in its entirety:

My own darling boy,

…I can see or I imagine I can see, what your mother and father’s reaction would be… the rest of the world have no conception of what our love is – they do not know that it is love…

In one piece of correspondence, Bowsher tells his lover to

“do one thing for me in deadly seriousness. I want all my letters destroyed. Please darling do this for me. Til then and forever I worship you.”

“Wouldn’t it be wonderful if all our letters could be published in the future in a more enlightened time. Then all the world could see how in love we are.”

You can read more about the whirlwind romance here.