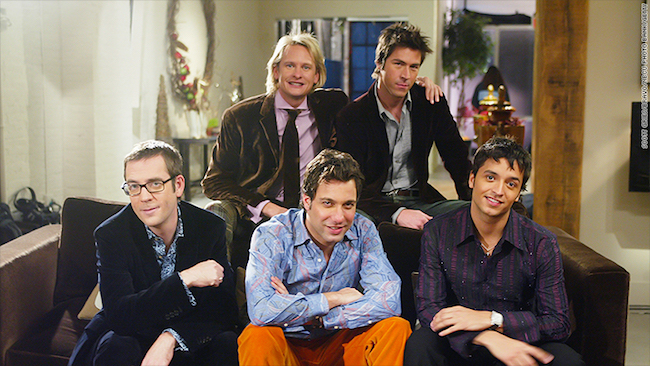 On the heels of the announcement that Will & Grace will be returning for ten new episodes, Netflix has decided to revive yet another gay-themed property: Queer Eye for the Straight Guy will be dragging itself up out of the soft cemetery sod to lumber blearily towards you in the not-so-distant future.

Now, millennial straight men can be schooled on the ins-and-outs of dressing better, shaving all fierce, decorating with decorum; all that sort of thing.

Related: Where Are They Now? The Guys Of “Queer Eye” 10 Years Later

Here’s a snippet from the original press release:

In a time when America stands divided and the future seems uncertain, a team of five brave men will try to bring us closer together with laughter, heart, and just the right amount of moisturizer. The Emmy Award-winning Queer Eye is back and ready to Make America Fabulous Again. With a new Fab 5 and the show’s toughest missions to date, Queer Eye moves from the Big Apple to turn the Red States pink — one makeover at a time.

There will be eight new episodes of the reboot, and a new assembly of “experts” — now referred to as the “Fab 5” — who will friskily and sassily parade through stranger’s homes and show them how they’re living their lives all wrong.

It’s been almost a decade since the original Bravo show went off the air.

So, what do you think of this news? Excited about the show’s return, or already growing weary of old properties coming back from the dead? Sound off in the comments below.