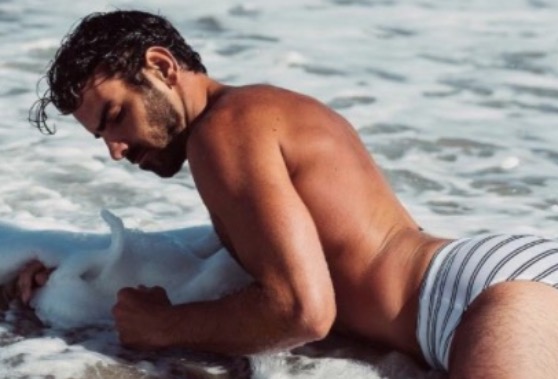 Brokeback Mountain was a phenomenon in 2005; it helped steer the national discourse on gay marriage, it eased fear in Hollywood that a same-sex romance couldn’t be a mainstream hit, and “I wish I knew how to quit you” was a meme before memes were even a thing.

And hey, if the film is also to thank for these come-hither photos from Nyle Dimarco, then we’ll just add it to the list of net positive outcomes.

Reaction can best be summed up by this response:

Though a few more couldn’t hurt:

And we’re not exactly sure what wavelength this guy was on:

A few days earlier, Nyle posted this shot from what appears to be the same truck. It’s giving us more of a Good Will Hunting vibe, minus the Breckenridge part: