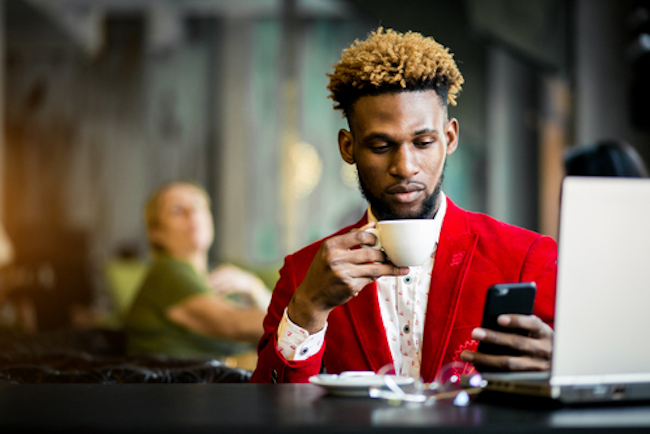 We won’t lie: we’re way excited we get to use the word “nontroversy” again. This time, it’s to describe the most recent take on the now-annual Starbucks holiday cup controversy.

In the 2017 iteration, people are doing their damndest to make something out of an illustrated pair of hands that are holding, and many suspect these hands are owned by a pair of clandestine lesbians.

Related: The Starbucks Holiday Cup Wars Are Officially Back

Meanwhile, Business Insider is pointing fingers at another website with “BuzzFeed posted a bizarre theory that Starbucks’ holiday cups ‘might have a gay agenda”.

In general, there’s a lot of this going on: 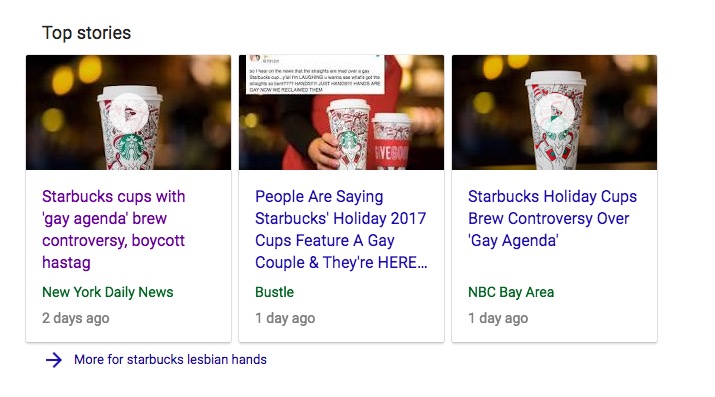 And this promotional video? Well, people have opinions about it:

Twitter, of course, has wasted absolutely no time when it comes to weighing in on these “mystery hands” — which may or may not be attached to two lesbians who are deeply, monogamously in love.

Hey @FoxNews viewers! Fight the Starbucks gay agenda by buying several venti mochas from your local Starbucks and pouring them out on camera! That’ll show ‘em!#TheResistancehttps://t.co/lNWR1gXS5E

You know it's the season when there's a brisk chill in the air, stores start playing holiday music, and when everything becomes a right-wing controversy driven by a nonexistent homosexual agenda and an imagined war on Christmas. https://t.co/WuFwRa5Myx

It's 2017 and @Starbucks is under fire for featuring a gay couple on this year's Christmas cups https://t.co/L1EeX4XkCd pic.twitter.com/4qleJDMdrv

So can I check off "Ruin Christmas with Starbucks cups" on my Gay Agenda? pic.twitter.com/T13hMnJtJc

And some are taking the absurdity to its natural next step, joking that the Starbucks cups have been endowed with magical gay powers:

@Starbucks I am outraged I drank from one of your #gayagenda cups yesterday. I hope I don't catch #Gay! That would just be fabulous ?!

@Starbucks I am outraged I drank from one of your #gayagenda cups yesterday. I hope I don't catch #Gay! That would just be fabulous ?!

I'm feeling like such a lesbian after drinking from the Lesbian holiday cup at #Starbucks . Must have been made with 100% pure gay arabica beans. #WheresWanda