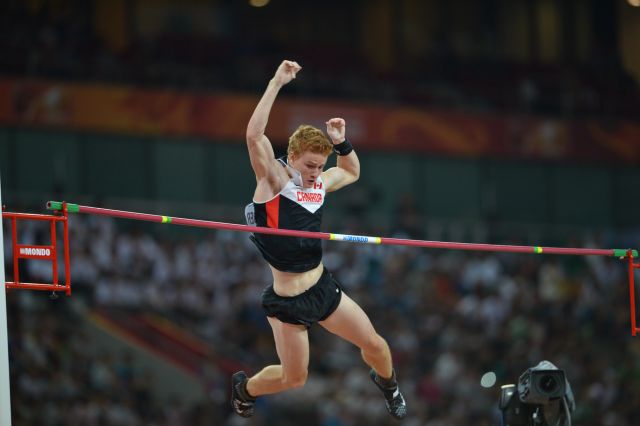 He’s a 23-year-old Canadian pole vaulter who currently holds the world title at the IAAF World Track and Field Championships, which he won back in 2015.

That’s right, folks. One of the world’s best pole vaulters is a cute, gay ginger. He can propel himself higher than almost anyone else on the planet–5.93 meters (19.4 feet)!

Barber came out very quietly earlier this year on Facebook, telling fans he was “gay and proud.”

Gay and proud! Thank you to my parents for being such a great support. I continue to grow as a person and have a great support group. My parents are my greatest support and have helped me through a lot recently. To my friends, you are always my friends and i love you too!

Since then, he hasn’t spoken again about his sexuality or his relationship status or given any interview with any media outlets.

Barber is currently fighting to hold onto his title at this year’s IAAF World Track and Field Championship games. He just became one of the 12 vaulters to qualify for the finals, which will happen later this week.

Check out Barber in action…