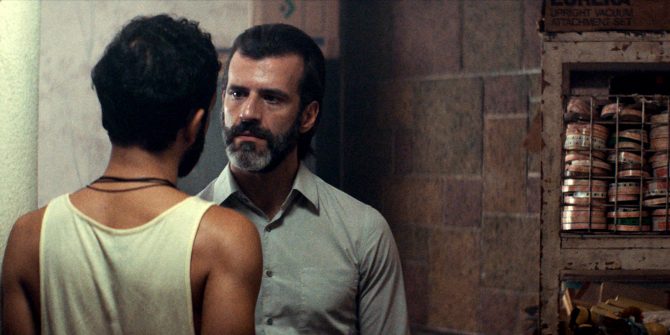 “Temblores” (Tremors) is a Spanish-language film by Jayro Bustamante. Produced and set in Guatemala City, the film is being praised by critics and fans alike for being one of the first to show queer representation in the socially conservative country.

It centers around Pablo, a married man from an ultra-religious family, coming to terms with his sexuality after meeting a free-spirited masseur named Francisco. He is later urged by his wife and parents to undergo conversion therapy or risk losing his children.

“Gay people are born this way,” Juan Pablo Olyslager, who plays Pablo in the film, tells Metro Weekly. “I don’t think they are made. So there’s nothing to change according to my view. I think [these therapies] are ridiculous, they are humiliating, and they can have the potential to destroy somebody.”

Olyslager says he hopes the films helps more people realize this, particularly audiences in Guatemala, where there are no legal protections for LGBTQ people.

“I would like to reduce prejudgment, or judgments on gay people,” he says. “I think the movie depicts a real human being with real struggles, who really does love somebody of the same sex, and is going through these struggles.”