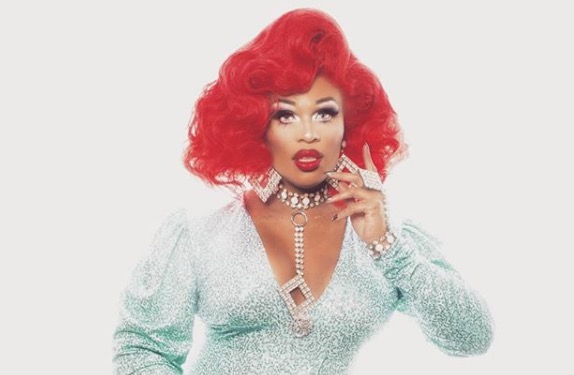 By now we all know RuPaul said something hurtful against trans people, especially those in the drag community. He added insult to injury when he dug in his heels when first responding to the backlash.

Then he extended an olive branch, writing:

Each morning I pray to set aside everything I THINK I know, so I may have an open mind and a new experience. I understand and regret the hurt I have caused. The trans community are heroes of our shared LGBTQ movement. You are my teachers.

Some have taken Ru at his word. Other’s haven’t. And everybody’s hoping that these open-minded, open-hearted words will translate into action; that has yet to be seen.

Now in an op-ed for Billboard, Peppermint, one of the show’s small handful of trans contestants, offers a thoughtful response.

“RuPaul kicked open so many doors for queer and gender non-conforming folks and is an absolute trailblazer in the world of drag. But recently,” she writes, “Ru made statements I disagree with.”

Right off the bat, Peppermint acknowledges the complexity: RuPaul, who has been a tireless community advocate, greatly disappointed members of the community he purports to champion.

Peppermint continues: “The most important takeaway is that one’s transition, the beginning, the middle, and end, is entirely personal and cannot be categorized or measured in the context of being blessed by someone else’s validation or approval.”

Ru dug himself into a hole when he discussed the timeline of Peppermint’s transition as it relates to the rules of Drag Race, and he’d have to be a fool not to realize his error in thinking. Ru is almost certainly not a fool.

“RuPaul issued an apology,” continues Peppermint, “which I think is an important step in this ongoing conversation. It shows all of us, there is room for growth, education, and I’m hoping a bit of evolution.”

“Unfortunately it won’t be the first or last time we will hear a woman can’t do something a man can,” Peppermint concludes. “I’m out to change that.”