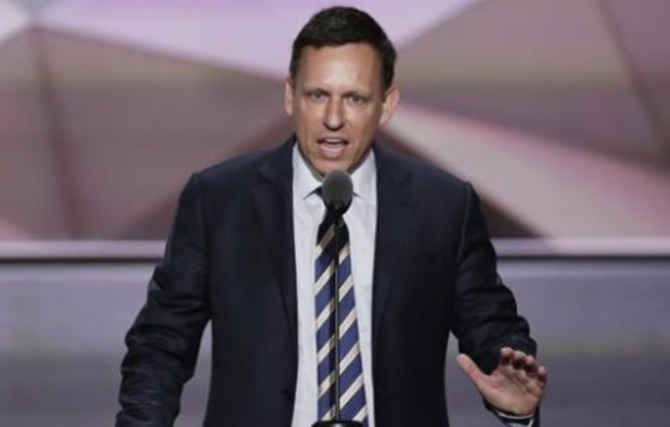 When he’s not busy shutting down media outlets he holds a grudge against or letting the President of the United States fondle his hand, PayPal tycoon Peter Thiel has another hobby: circumventing patient safety protections.

Thiel is one of several businessmen bankrolling a company looking to develop a herpes vaccine. (Yes, the STD herpes.) Thiel has sunk $7 million into the effort, which would seem an admirable initiative. Except for the fact that it’s intentionally ignoring the rules that the U.S. has in place to make sure patients in clinical trials are kept safe.

To test a new drug or vaccine, companies go through a rigorous process to ensure that human subjects aren’t subjected to harm. The process includes monitoring of the trials by an institutional review board (IRB) and by the FDA,  which weigh the risks and benefits to participants and safeguards their welfare.

Related: Those crickets you hear? That’s Peter Thiel standing up to Trump’s attacks on equality

However, Rationale Vaccines, the company Thiel has invested in, decided to skip the IRB and FDA review. The first phase of the clinical trial is being held on the Caribbean island of St. Kitt, where participants have flown several times to get the test vaccine.

The clinical trial is as much a test of politics as science. Liberterians like Thiel object to the regulations that the FDA (and government in general) have in place on the grounds that they are preventing products from getting to the market. Thiel famously bankrolled Ron Paul’s 2012 presidential campaign, which included a pledge to eliminate the FDA altogether and let the market sort out the difference between good and bad drugs.

The FDA may not look too kindly on the vaccine, should it ever advance to the point where Rationale Vaccines is seeking approval in the U.S. (Most test drugs and vaccines fail in clinical trials and never get that far.) After all, either you follow the agency’s way of doing things or you face the consequences.

But the vaccine trial does offer Thiel and his fellow investors a chance to push the envelop away from those pesky guidelines. So what if that means letting companies decided what’s safe when it comes to it human experimentation.