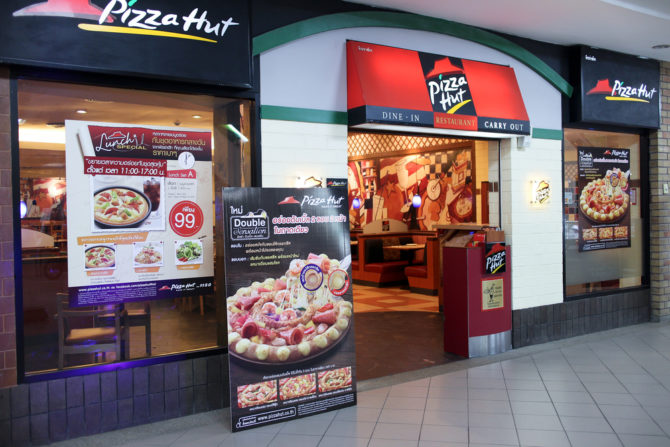 Pizza Hut Malaysia maintains it had nothing to do with a transphobic tweet that was posted by its official account.

The company says the agency that runs its social media is to blame for the comment, chalking the whole thing up to “human errors” and apologizing for causing offense.

In a Twitter discussion about trans women, the Pizza Hut Malaysia account oddly sprung up to offer an opinion.

The conversation was around a facet of Islam called “aurat,” which refers to a portion of the body, usually thought to be around the navel. A Twitter user made the argument that trans and cis women have the same aurat. Depending on the interpretation of Islam, this can include different areas of the body.

Then Pizza Hut chimed in to say trans women could only be cleansed with “zam zam waters”, water from a specific well in Mecca.

The comment was meant as an insult to trans women, and other users were quick to condemn the remark.

The pizza company quickly deleted it, and issued this three-part apology:

1/3 We sincerely apologise for our earlier (now deleted) tweet with inappropriate comments regarding sexuality and religion. We want to clarify: Pizza Hut does not condone any such views and as policy, do not involve ourselves in matters of religion or sexuality.

2/3 The tweet was made erroneously by our social media agency. While we understand that human errors do happen, we also take matters of these nature very seriously and as such have terminated the services of our agency.

3/3 We wish to apologise once again if anyone was offended and get back on track serving our customers as best we can.

The company added in an interview that the tweet was the personal comment of an employee of the agency, sent from the corporate account by accident.

However, Pizza Hut Malasia chief marketing officer Jean Ler explained why the agency was not named:

“It goes against our ethics as a business to ‘name and shame’ our former business partners and cause them further injury after action has been taken.”