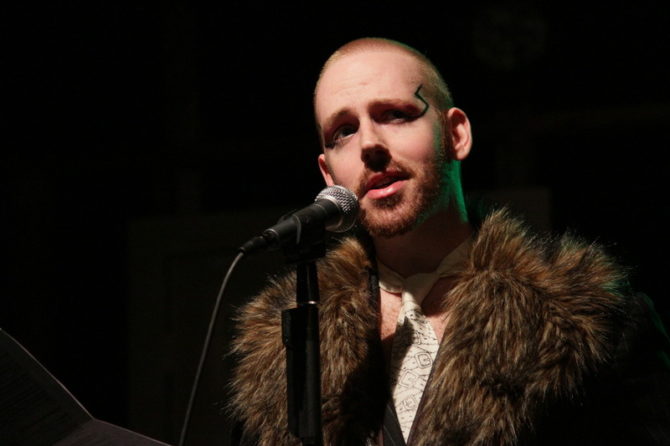 Ask author Evan J. Peterson and he will tell you: He loves writing about sexuality.

“Sexuality is so much more than attractive people helping each other [get off],” Peterson declares to Queerty. “You know, there is the politics of sexuality, there’s the people who get denied a sexuality in the media. I love writing about sexuality and investigating it.”

Such a statement makes sense for the 35-year-old author from Seattle. Peterson is about to release The PrEP Diaries, a comically engrossing memoir exploring his experiences with sex, hooking up, love, and–you guessed it—that revolutionary little blue pill called PrEP.

But it seems with every revolution comes controversy. Read any comments section on the web, and you’ll find that PrEP has been called everything from a godsend to a “party drug” to even “fake.”

Related: Does Not Being On PrEP Make A Guy Less Desirable?

Queerty sat down with Peterson to discuss his book, the stigma surrounding PrEP, and his thoughts on condomless sex.

A lot of people may label this as “That one PrEP book.” But it actually articulates great, empowering themes of self-care, sex-positivity, and taking control of your own health. Was this always your intention when writing it?

I had a lot of things in mind. I definitely thought a lot about my privileges as a white person, a cis-gender person, someone who lives in a very liberal city with access to healthcare. I wanted to talk about things [beyond] just taking a pill and how that affects my sexual practices and dating practices. I knew this was a platform I could use to talk about self-care, reducing shame, sex-positivity… I made an agreement with myself that I would make the book very honest and very sex-positive and that this was a good thing for the world.

You talked a lot about this in the book obviously, but talk to me about how you discovered PrEP and what led you to want to take it?

The earliest memory I have of seeing the term PrEP was on this guy’s Scruff profile, and so I talked to him and asked him questions. He [turned out to be] a health care professional, a gay man and someone on PrEP so I thought, “Well this is the perfect person to ask about all this.”

He just answered all the questions of mine that he could and I started thinking, “You know, this would be a really good thing to get on.” Plus, I had an ongoing sexual relationship with an HIV-positive guy at the time, and I wanted more peace of mind around [that]. My rational mind knew that, if someone is undetectable, the chances of transmission are remarkably low. But underneath that were those thirty years of superstitious thinking that sex is going to kill you, and you have to do whatever you can to prevent that. 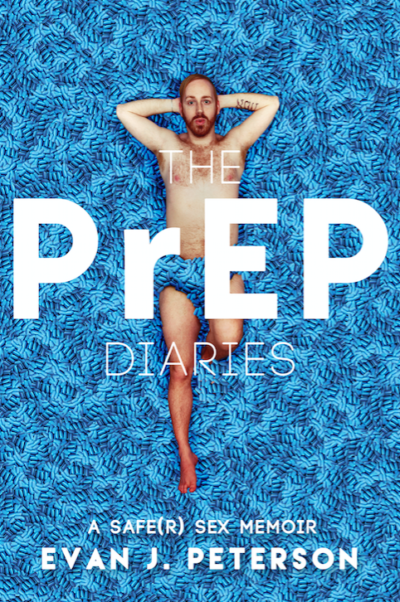 One thing you mention in the book, which I thought was super interesting, was that much of the stigma surrounding PrEP–and the shaming around taking it–comes primarily from other gay men. Talk to me about that.

Well, I think we pick up shame. As queer people in general, I think we pick up shame first from things like the community, families, church, school, etc. and then we start internalizing that and pointing it toward each other. The tremendous majority of the shaming I see comes from queer people against other queer people, and in general, queer men. I don’t hear a lot of lesbians or queer women or even transwomen saying, “Oh, well you should just use a condom.” I don’t know what it is about women letting other people mind their own business and men not. Maybe it is a privilege thing. [Laughs]

Why do you think that is? Why all the shaming?

It is just learned. It is internalized and then we externalize it toward each other. What I figured out is that the people who are so critical of PrEP are people who seem to be afraid of themselves, and what they could become [if they took PrEP]. Often, I see comments on the Internet [of people complaining about not wanting to do certain things.] so it’s like, okay, well don’t do that. It is like, if you are anti-abortion, don’t f—ing get one! If you think PrEP is a bad thing, don’t take it. And maybe don’t f–k people who take PrEP [if you are against it], it will significantly reduce your dating pool, and people who are available to you, but if that is your choice, honey, do it.

I know you interviewed a lot of people for this book. Have you a noticed at all a difference in opinion among generations or ages?

Oh, absolutely. Older queer men, guys in their 50’s and 60’s, tend to think that this is a miracle, and they think anyone who doesn’t use it is stupid. If you buried half your friends in the ‘80s and ‘90s, you tend to think that [such a drug] is miraculous. It is a lot of the younger guys, in their 20’s and 30’s who are like, “Well, this is a drug for sluts!” Well, yeah, it is a drug for sluts, and everybody else. 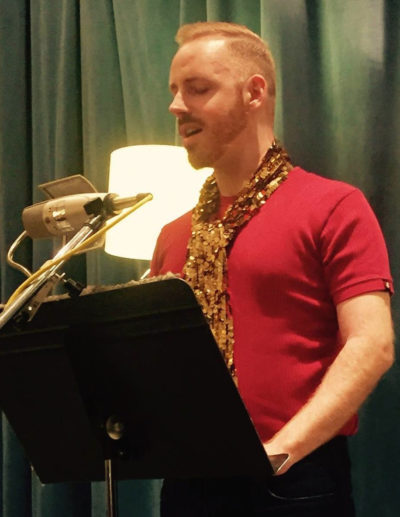 Yeah, that is interesting to me; why are people, especially young people, criticizing it if there are so many benefits to taking it?

So, obviously a lot more people use PrEP than say two years ago. I guess my next question is, what now? What do you see the future of PrEP being?

I live in Seattle, where PrEP is a pretty big, known topic among queer men–not so much among straight people, but I see it growing in people’s understanding. I think we’ve going to start seeing it talked about in sex education.

I think the medical education community is behind in educating nurses about PrEP. When I talk to people in medical school, often I hear them say, “Oh yeah, I think I heard something about PrEP.” In fact, one of my friends who is a nurse actually heard about PrEP from other gay people before hearing about it in medical school, and that’s a big issue. Though, I see it becoming a lot more normalized.

We have talked so much about PrEP as a drug for other people, but what does PrEP mean to you personally?

It is a great thing. It gives me so much peace of mind and confidence, both of which makes for better sex. [Being on it] means I never have to worry about HIV being a factor in whether or not I form a relationship with another person, I don’t have to worry about it scaring me out of sex or doing certain things.

Final question, your book comes out very soon. What are you most excited about?

I had a great time writing this book. It was very scary to be that vulnerable in my writing. I think any criticism I get will be far outweighed by the amount of people I can inspire to be kinder to themselves and others.

Pre-order The PrEP Diaries via LethePress HERE. It will be available on Amazon and other retailers starting May 1.