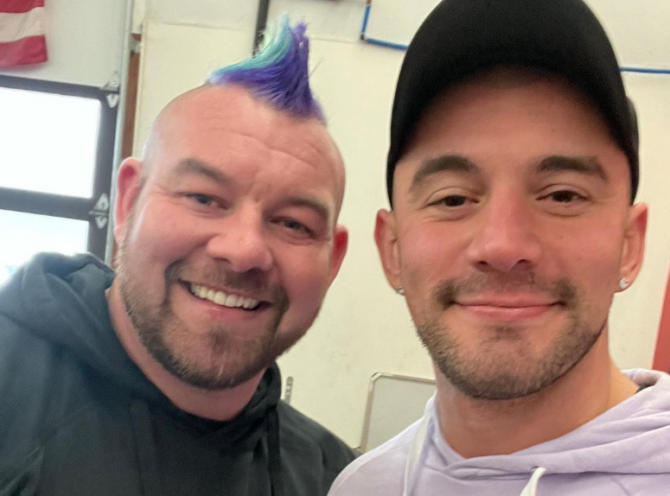 Meet Rob and Joey, a couple you’d definitely want nearby if your car got stuck in a ditch.

Rob Kearney is a self-proclaimed “not-so-athletic kid” who is also now known as the “World’s Strongest Gay.” He’s opened up about how he got started in the straight-dominated world of professional Strongman competitions, and how he found love — for himself and his husband — along the way.

Rob says that growing up, he always knew he was different.

“It was always just pushed to the back of my mind. And I never wanted to deal with it,” he recently told Nightline.

Rob had achieved many of his goals by 2014, including deadlifting a not-so-insignificant 971 pounds and turning pro, but realized he wouldn’t truly be fulfilled until he starting living more authentically.

“Once I realized it for myself and I could confidently look in the mirror and say ‘I’m a gay man’ and be proud of that … I realized if people didn’t like it about me, I didn’t need them to accept it,” he said.

He added: “I was finally accepting myself. And that was opening up these new doors that I never knew existed.”

One of those newly-opened doors also led him to meeting his now-husband, Joey.

When the two started dating and Joey learned about Rob’s career, his immediate response was: “I want to do that.”

Now they regularly compete together, and even have a children’s book about a would-be Strongman who finds additional power by embracing his queer joy. Sound familiar? 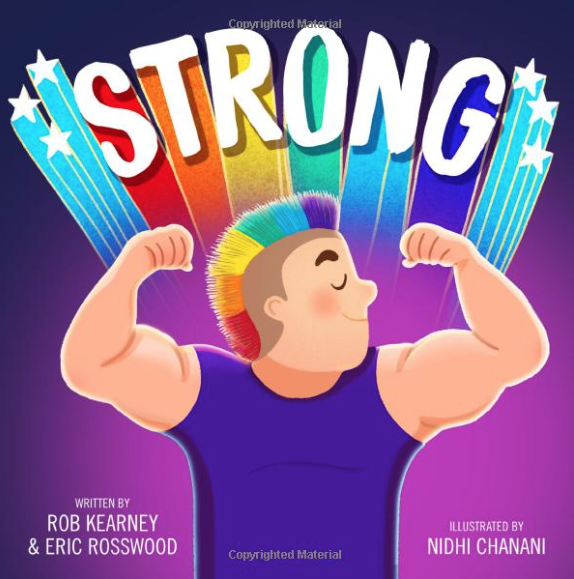 “I think all too often, gay men are seen as weak,” Rob said.

“Gay doesn’t have to look a certain way.

“Here I am as a gay man with a mohawk and these muscles and competing at the highest level of this hyper-masculine sport of Strongman.

“It’s been a really great way to be able to show people that sexuality really has no bearing on things you can achieve.”