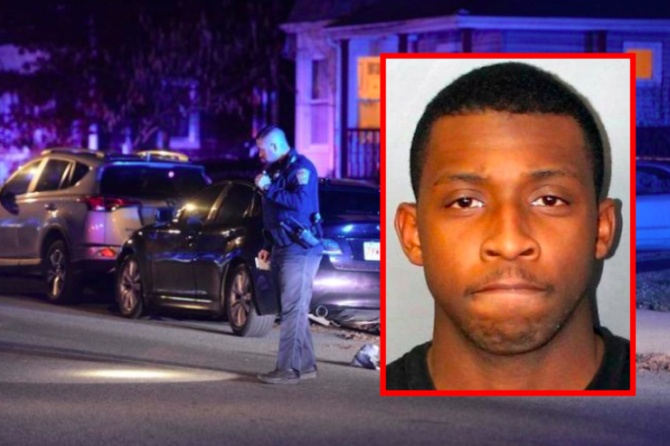 A man accused of killing his secret gay lover in an attempt to keep their relationship hidden insists he didn’t do it.

21-year-old Kian Willis is accused of murdering of 27-year-old Patrick Sequeira-Ferreir earlier this month in Brockton, a small city in Massachusetts with a population of about 95,000.

According to prosectors, Willis shot and killed Sequeira-Ferreir on the evening of November 12 across from an empty CVS Pharmacy parking lot.

Plymouth County Assistant District Attorney Jessica Kenny told the court that text messages show how Willis lured Sequeira-Ferreira outside right before the shooting, falsely telling the murder victim that he arranged him an Uber ride. Willis was the last person to have contact with the victim by phone, Kenny said. Then, there were three gunshots, recorded by the city’s ShotSpotter system, Kenny said.

Willis later told police he was fearful people would learn about their relationship and that he would be fired from his job at the Office of Community Corrections, a subset of the state’s probation department, where he originally met Sequira-Ferreira.

Sequira-Ferreira was a client of the agency. According to prosectors, he and Willis started hooking up a few months ago. Eventually, they developed a friendship and continued meeting on the DL.

“They struck up a friendship, which was against the policies and rules of the OCC,” prosector Kenny said in court this week. “The defendant also told police that he had sexual relations with the victim previous to that.”

Despite stating clear motivations for wanting to kill Sequira-Ferreira to police, Willis pleaded not guilty in court. And here’s where things get a little fuzzy.

According to Enterprise News:

Surveillance video shows Sequira-Ferreira being followed by another man, but there’s no footage of the shots being fired. Other surveillance footage then shows the suspect running down Keith Avenue toward Warren Avenue, in the direction of where Willis was picked up by another friend immediately after the shooting, based on his phone records, according to Kenny.

Prosectors are accusing Willis of pulling the trigger, or at least being part of a joint effort to commit murder.

“We know definitively that the defendant was in that area,” Kenny said. “This information in the report that you have in front of you establishes probable cause that the defendant is either the shooter or at the least at the area and involved in the shooting, insomuch as he has a motivation to want to kill the victim.”

“He may have been there simply to notify another person who the victim was, and to order the shot.”

The judge ordered he be held without bail until his probable cause hearing on January 2.