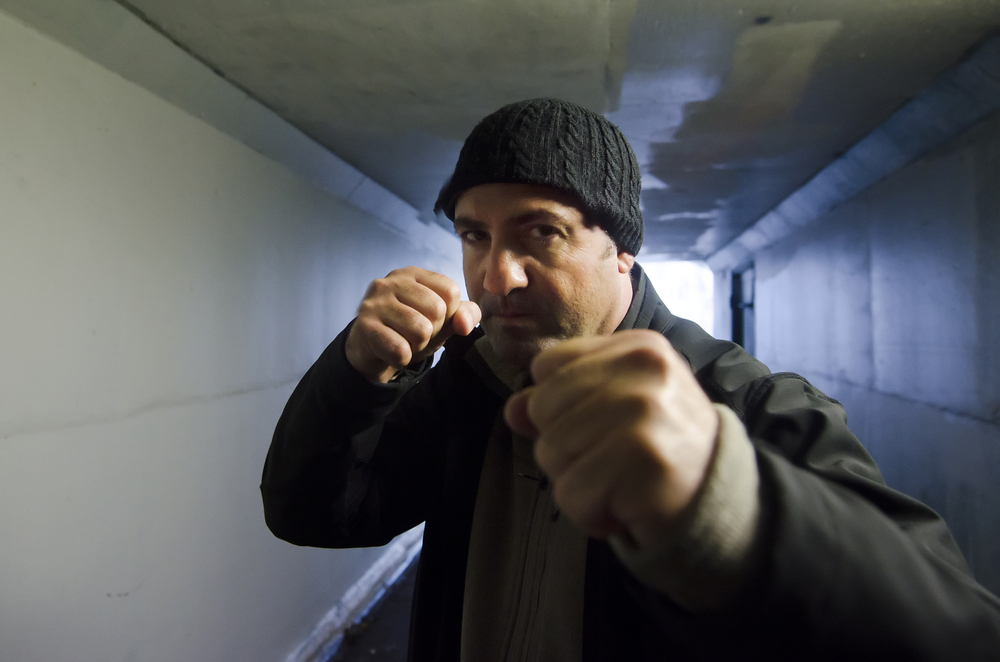 Multiple studies say hate crimes are increasing, but there’s little advice on what to actually do if you’re targeted by a violent bigot. Carolyne Haycraft, an instructor who teaches an LGBTQ self-defense course, suggests the following (possibly life-saving) tips:

It’s smart to either invite friends along or tell them where you’re going for the evening. Providing names of where you’ll be and who you’ll be with will help them respond more quickly if you get into trouble.

2. Be aware of your surroundings.

If you’re in an unfamiliar neighborhood or venue, keep an eye out for “potential dangers, safe spaces and allies,” Haycraft says.

Identify alleys and other hidden spaces where attackers could privately attack you; locate exits, people and other businesses (like bars, apartment buildings and restaurants) that you could turn to if you need to escape; and if possible, stay in well-lit areas.

Also remember: Alcohol and other drugs affect your awareness, so do your best to stay calm and sharp to make smart moves rather than react badly out of fear.

Not all of us are used to shouting, especially women and femme men. But Haycraft suggests using your loud voice to disorient your bully or let others know you’re in trouble.

Alert others and make a scene by shouting that you don’t want to fight. Ask specific bystanders to contact the police, negotiate with your attacker or create “cognitive dissonance” by shouting something weird like, “I’m not gay! Why are you hitting on me?”

The split second of confusion you create could give you just enough time to escape.

… you don’t necessarily have to fight. (In fact, it could make things worse, especially if cops or others think you’re the assailant.) So putting distance between yourself and your attacker is a good starting strategy.

If it comes to blows, anything can be used as a weapon: Throw a jacket or drink at them, use your backpack as a shield, grip your keys between your fingers for claw-like slashing or use your elbows, legs and hands to push, swing and gouge (especially at your attacker’s vulnerable spots: their eyes, nose, throat, genitals or the top of the foot.)

Related: This gay student’s family is fighting a major corporation over a suspected gaybashing

5. If you can’t escape or fight back…

If you can’t escape or fight back, Haycraft suggests taking a defensive posture “putting your hands on your forehead, elbows pointed down at your sides and knees up to protect your organs.”

But even then, she says to keep your eyes open for a possible exit and speaking aloud to negotiate an end to the attack. She also suggests some additional books and things to keep in mind if you’re ever attacked.