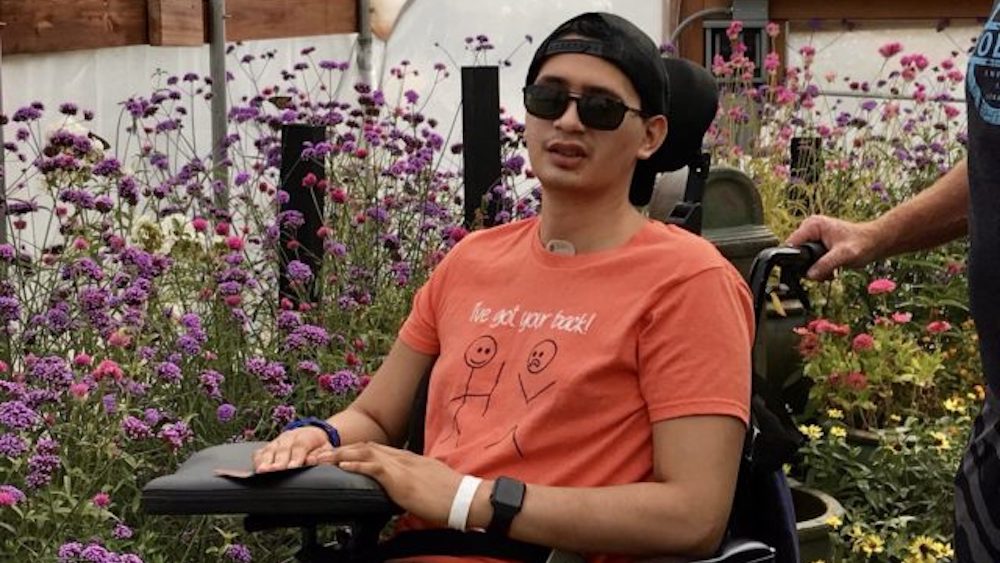 When 22-year-old Portland State University Aaron Salazar’s body was found comatose and severely battered next to some Amtrak train tracks in California last May, an Amtrak investigation concluded that he’d tried to commit suicide by throwing himself from his moving train. His family believes he was thrown off the train by a homophobic attacker.

Salazar has awakened from his coma and recently released a brief video refuting Amtrak’s conclusion.

In his first public statement since the incident, Salazar (the right side of his body seemingly paralyzed) said, “I wanted to thank everybody for the love and support and the prayers and … I want you to also know I did not jump off the train. I would never ever try to kill myself.”

Shortly after his body was discovered, an update on the GoFundMe page dedicated to his medical care said that Salazar had sustained severe injuries including a broken pelvis, damaged brain stem and severe burns on his thighs.

Salazar had been on the train traveling from Portland, Oregon to Denver, Colorado. At 9:03 a.m. on Tuesday, May 15, he sent a text message to his great grandmother saying, “I have a layover before getting on the next train. I made a friend on the train and we’re going to go get some food and explore.”

Sadly, Salazar can’t remember much about what actually happened. According to another update, “When asked about the train, [Salazar] sadly cannot remember (which after speaking to the doctor said is normal due to a mix of both the injury, and his brain protecting him from the traumatic event). Although with time and therapy, he might be able to remember things on his own.”

He is now recuperating at a physical rehabilitation facility in Colorado, where he grew up.

Salazar’s family accused Amtrak of withholding information during their investigation and automatically investigating Salazar’s injuries as suicide-related rather than considering other alternatives.

The family claims that an FBI agent has since collected DNA evidence from the clothes Salazar wore during the injury to see if they reveal an attacker’s presence.