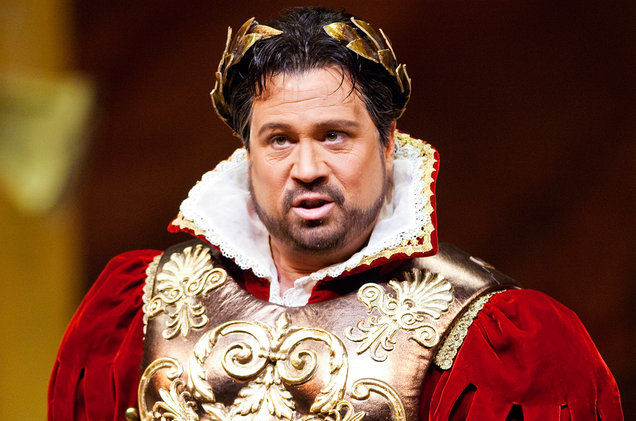 Renowned opera singer David Daniels, the self-proclaimed “opera’s most famous countertenor”, is accused of inappropriate sexual behavior by not one, not two, but three men, including another male singer.

Andrew Lipian, a former student of Daniels at the University of Michigan (UM), has filed a civil suit against both Daniels and the school over a March 2017 incident in which he alleges he was drugged and assaulted by Daniels.

In August, Daniels and his husband, conductor Scott Walters, were accused by another man, Samuel Schultz, of similar allegations stemming from a May 2010 incident in Texas.

29-year-old Lipian was an MFA student at the University of Michigan in Ann Arbor at the time of the alleged incident. In a lawsuit filed yesterday, he claims 52-year-old Daniels, who was his professor, told him that he was “really hot” and would “continually [discuss] sexual topics and activities” with him.

But that’s not the worst of it.

On March 24, 2017, Lipian alleges, Daniels invited him over to his apartment to watch television, where he was served several drinks of bourbon. According to Lipian’s account, when he tried to leave, saying he needed to return home to rest for a performance the following day, Daniels gave him what he said was a dose of Tylenol PM “but was actually the sleep medication Ambien.” Daniels then allegedly removed Lipian’s clothing and groped his genitals and face. A short time later, Lipian alleges, Daniels told him he would likely would receive a full fellowship for the entirety of his master’s program.

A third man, also a UM student, has now come forward claiming he, too, was solicited for sex by Daniels.

There has been a third, related complaint made against Daniels. Within days of Samuel Schultz making his public accusation, a 19-year-old reported to the University of Michigan police department that Daniels had solicited a sex act from him via the Grindr app. UM police referred the matter to the nearby Pittsfield Police Department, where the alleged victim lives.

Daniels has taught at UM since 2015. A spokesperson for the university confirmed this week that he’s been on paid leave since Schultz first made his allegations two months ago.

“All reports to the Office for Institutional Equity that allege actions that may be criminal in nature are transmitted to law enforcement for review,” the spokesperson says.

Daniels, who married conductor Scott Walters in a ceremony conducted by United States Supreme Court Justice Ruth Bader Ginsburg in 2014, has not commented on the allegations.