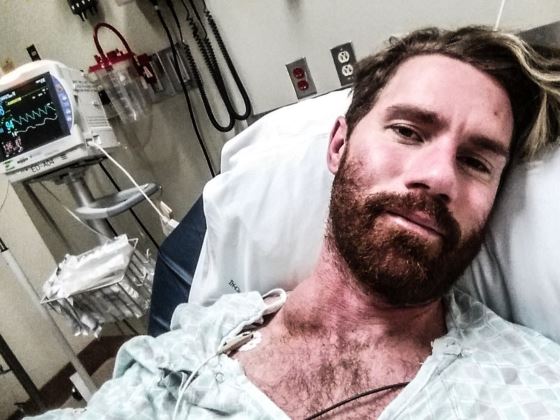 Benjamin Lemke once went by the name Benjamin Bradley. He was a popular performer in the mid-2000s for companies like Falcon Studios and Buckshot. He also posed the underwear company Ginch Gonch.

In a sad turn of events, Lemke has found himself in middle of a fight for his life. He’s dealing with his second bout of Non-Hodgekin’s Lymphoma.

Lemke has a large metastatic tumor in his neck that is growing larger and has begun pushing up against his jugular. In addition to that, he has developed several cavity lung lesions. As a result, he has been in and out of the hospital for the past month.

“He currently has exhausted all funds for cancer treatments, and we have maxed out all credit cards paying for his medical expenses and covering his health care needs,” Robles writes.

“If you have ever met or known Benjamin, you have been touched by his upbeat, loving, one-of-a-kind personality,” Robles says.

Related: How My Doctors Failed To Diagnose My HPV-Related Oral Cancer And Left Me For Dead