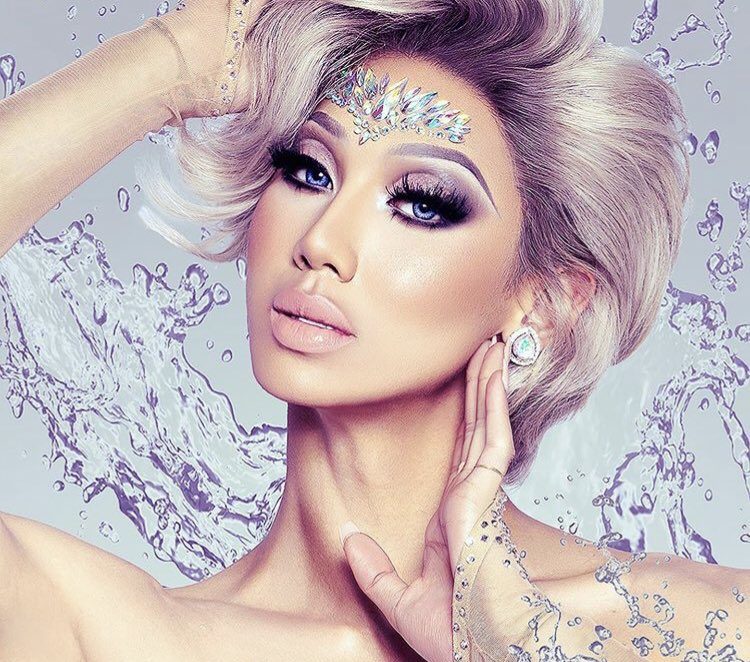 On Drag Race, beautiful drag queens are often seen as untalented beyond their clothes and makeup. Extremely fishy queens must prove to the judges that they are more than just their pretty faces. They are often written off by their fellow competitors as weak. Michelle Visage never lets the opportunity to tell a pretty queen to show more personality passed her, even if they’ve done exactly that all season. In the post-Sharon Needles world, it seems that other styles of drag–from comedy queens to musical acts–are more valued.

But, many fishy queens have broken that mold and have proven that being gorgeous is not synonymous with being talentless or lazy. Jujubee and Courtney Act have gone all the way to the top 3 in their respective seasons. Miss Fame and Farrah Moan may not have made it all the way to the finale, but they have won the hearts of millions and are fan favorites to this day. Season 11’s Plastique Tiara joins their ranks.

All eyes on me

Plastique is the definition of fishy. She’s also the definition of unclockable. Hell, she might as well be the definition of beautiful. This stunning queen of Vietnamese descent brought some of the best looks of the season, eventually winning the ‘Farm to Runway’ challenge for her harvest empress outfit. Though she managed to do well in subsequent challenges, she couldn’t break out of her shell completely to snatch the crown and found herself sashaying away.

Plastique took a (brief) moment out of her busy schedule to chat with Queerty about her own life and her experience on RuPaul’s Drag Race.

Thank you so much for this quick chat! Let’s just dive right in: What was life like for you as a young, gay boy in Vietnam?

Growing up in Vietnam, I saw that homosexuality was viewed as burdensome and shameful to one’s family. I was raised to believe that whatever I was feeling on the inside was wrong. Therefore, being silent and not speaking my mind in order to suppress whatever I was feeling were the only things I knew. Because whatever they don’t know can’t hurt them. I never knew that being out would be a possibility for me until I moved to America.

My mentor, my drag mother, my family. I’m so blessed to be your daughter. You were the first to teach me to be confident and have faith in myself. I am forever grateful to you. I love you Ma #hausofedwards

How did you meet Alyssa Edwards and become her drag daughter?

I met Alyssa at a club in Dallas, Station 4, where we were booked together for an event that was held to raise money for the Pulse Nightclub victims. I was a baby queen at the time since it was my first year doing drag. Alyssa was one of my biggest idols, therefore I was fan-girling like crazy. I had on this finger-wave short wig that I made and when she saw me she was like: “Let me buy this off of you!” We traded wigs that night and a week after she asked me to be her drag daughter. And the rest was HERstory.

What were you expecting your Drag Race experience would be and how was it different?

I came into the competition very confident. I thought that if I brought fierce looks and had great makeup, then I would for sure make it to the top. However, it takes a lot more than that. I didn’t know how much of an emotional journey it was going to be and the connection I would have with the other contestants. And the fans are everything. I may not have won a crown. But I won the crowd.

Speaking of winning the crowd, when Ru announced that you were in the bottom two against Vanjie (another crowd winner), what were you thinking?

Vanjie is actually one of my great friends. So when I was going up against her, I realized that no matter the outcome, we were still going to be friends after.

What’s next for Plastique and where can readers find you on social media?