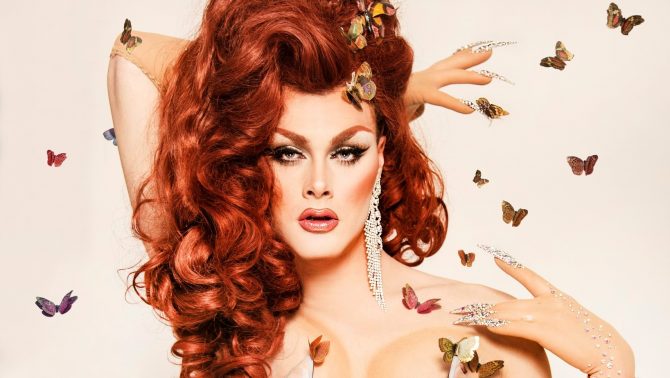 There are some “Lipsync For Your Life” battles that even a newbie can call. There are others that are so close, that we are left to wonder whether or not the right queen was sent home. Then, there are the eliminations where the entire Drag Race fandom’s wigs are snatched!

In Season 7, we watched Trixie Mattel give a stronger performance, but still get sent home over Pearl. During All Stars 2, Detox kicked the Drag Race fandom in its collective balls when she saved her friend, Roxxxy Andrews (who was in the bottom for her 5th time that season) and sent home fan favorite Alyssa Edwards. And who could ever forget when BenDeLaCreme, after winning 5 of the 6 previous challenges, pulled out an elimination lipstick with her own name written on it.

Last week, Drag Race fans were treated to another head-scratching elimination when Scarlet Envy was asked to sashay away at the end of an almost evenly matched lip sync against Ra’jah O’Hara. The dancing challenge very clearly was not her strong suit, but Scarlet’s track record overall was stronger and she had a main challenge win under her belt. Ultimately, it comes down to the lip sync, and Mama Ru knows best. But from the sound of her farewell message to Scarlet, Mama Ru may have something hidden up one of her sequin covered sleeves.

Queerty caught up with Scarlet Envy to find out her thoughts on some of what went down in her parting episode and more.

How long have you been doing drag?

Interesting question to answer because it depends on how you define it. My first paid gig on a Friday night was in 2013, so I can say I have been doing drag for 6 or 7 years now.

What is it about drag that drew you in?

I like the fantasy of the whole thing. Some people would say the delusion of the whole thing. It blends a lot of the things I like to do in a way that inspires me continually, maybe it’s an attention span thing, but I am constantly entertained and hopefully the feeling is mutual.

Where do you draw your inspiration from?

Drag Race put it pretty correctly when they introduced me as “pulling from references as varied as movie stars of the 40’s, Andy Warhol’s superstars of the 60’s, and supermodels of the 80’s.”

I was very excited to see what you would have done for Snatch Game! Who were you planning on doing and why?

Well I had a couple different options. I was really hoping to do Lana Del Rey. I was also excited to do Lucille Ball. I had a few more up my sleeve, but I have to sit on some secrets.

What did you learn about yourself from your time on the show?

I learned that we are never a finished product. Going to Drag Race, of course you should try to put forth the most complete package. That doesn’t mean we didn’t still have work to do, or that we should be scared to do that work. I had that realization in real time as I was packing up. I was very hard on myself with the way that it went for me, but I had to remember that no matter what your experience is, there will still be work to do. If not, you will be in big trouble! Haha!

How was the Drag Race experience different from what you were expecting?

I wasn’t expecting it to be easy, but it was much harder than I expected. Total respect to every girl that has walked into the workroom. It is iconic because it is difficult. It takes a true set of skills, endurance, and heart. I think that is why it’s a phenomenon.

When Ru asked who should go home and all of the queens gave your name, what was going through your head?

It was hard not to take it personally. I honestly was not ready to go home and I felt very attacked.

Were you as surprised as the rest of us when Ru picked Ra’jah to stay over you?

Yes I was. I finished the lip sync confidently and it came as a surprise and a disheartening one considering my entire heart was in that lip sync.

From the remaining contestants, who do you think should be America’s Next Drag Superstar?

Yvie Oddly is someone I really connected with and I think she would do something really interesting with the crown and the only NYC girl left is Ms. Shuga Cain so my support is with her as well.

What’s next for Scarlet Envy?

I have a cabaret show coming up in May at the Laurie Beechman Theater. I am also very excited about the Season 11 tour coming up, some original songs I have been writing, and I am very excited to debut a Scarlet Envy chapstick with three different flavors so you too can achieve my entrance look. haha!