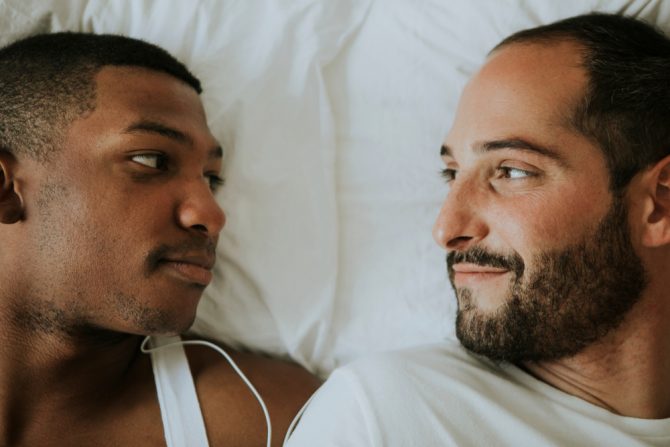 A gay man in his 30s says he and his boyfriend have hit a roadblock in their sex life and they haven’t figured out how to get over it, so he’s seeking advice from sex columnist Stoya over at Slate.

“My boyfriend and I have been together through most of our 20s and now into our 30s,” the man’s letter begins, “and our sex life has been solid and satisfying for the most part.”

The couple recently began talking about opening up their relationship, but they have yet to actually act on it.

In her response, Stoya suggests the guys do an assessment of their sex life together up until now.

Once they are back in that familiar place, Stoya’s next piece of advice: advance things slowly.

“Try texting from separate rooms or speaking verbally with the lights off. Send each other links to what you like when you’re apart. Progress to the point where you’re both comfortable sharing verbally while maintaining eye contact.”

She continues, “Keep that relaxed and steady pace as things get more physical. Take your clothes off slowly; touch yourselves slowly; give yourself permission to orgasm and to stay at the plateau phase. Take your time. Be gentle with each other.”

What do you think of Stoya’s advice? What would you suggest the guys try instead? Sound off in the comments section below…