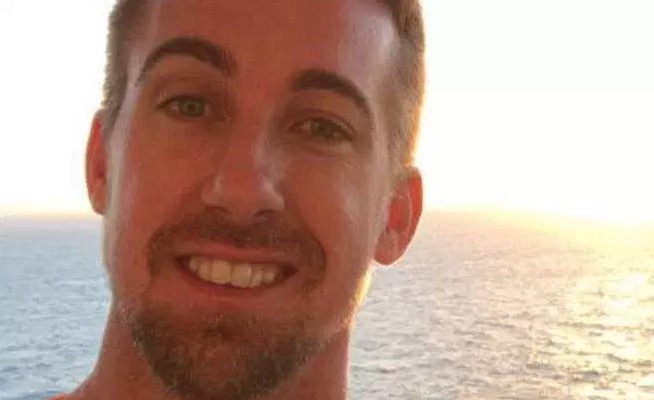 Joel Taylor, the out host of the Discovery Channel show Storm Chasers, has died of a suspected drug overdose on board a gay cruise. He was 38 years old.

The Atlantis Cuise–called the “Atlantis Harmony Caribbean”–departed from Fort Lauderdale, Florida, on January 20 to return to the same port on January 27. Taylor was found dead on January 24.

TMZ reports Taylor took GHB before he became unconcious on a dance floor aboard the ship Tuesday night. He was then taken to his room by two unnamed people.

Authorities told TMZ: “It appears the death could be an overdose and Joel Taylor was consuming controlled substances.”

GHB is a common party drug that slows the body down, similar to alcohol. Because it is so dose dependant–only a very small amount is consumed at a time–it’s often difficult for someone to know exactly how much they’ve had. When mixed with alcohol, it becomes especially dangerous.

In a statement to Us Weekly, the cruise liner said:

We extend our most sincere and heartfelt condolences to the family and friends of the 38-year-old male guest from the United States who died while onboard Harmony of the Seas. As is our standard procedure, law enforcement was notified and responded to the ship when it arrived in San Juan, Puerto Rico, on Tuesday, January 23. A member of our Care Team is providing support and assistance to his family.

We are so saddened to hear about Joel’s passing. We will always remember him fondly as an incredible meteorologist and driver of ‘The Dominator.’ Our thoughts and prayers are with his family and friends at this difficult time.

RIP my best friend and storm chasing partner, Joel Taylor. I am shocked and absolutely devastated by the loss of my incredible, caring friend. We chased so many intense storms, and I wish we could have just one more storm chase. I'll miss you forever, Joel. We lost a legend pic.twitter.com/htN45t8wik

SpotterNetwork tribute for the great storm chaser Joel Taylor centered on his "backyard" in western OK. Joel knew every single back road in that region so we were always excited when we would get the opportunity to chase there. Thank you storm chasing community pic.twitter.com/Zk1bWVUdIo