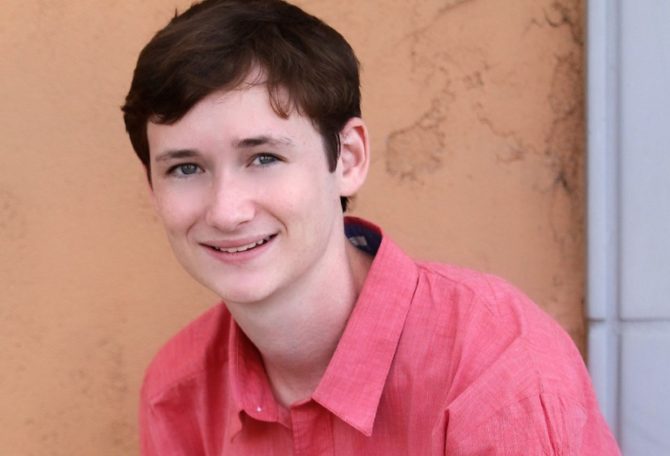 The parents of Blaze Bernstein, the college student (above) found dead with 20 stab wounds while visiting home for the holidays in Southern California, say they believe their son’s murder may have been an antigay hate crime.

Samuel Woodward, 20, Bernstein’s former high school classmate, was arrested Friday on suspicion of the killing after DNA evidence at the crime scene –a local park–and in his car connected him to the crime.

According to a 16-page search warrant affidavit obtained by The Orange County Register, text messages sent by Bernstein suggested he may have been planning to sexually pursue Woodward.

Bernstein texted two female friends about a June interaction with Woodward, according to the affidavit. Bernstein wrote that Woodward was about to “hit on me” and “he made me promise not to tell anyone … but I have texted every one, uh oh.”

“We are saddened to hear, on the day we laid our son to rest, that gruesome details of the cause of his death were published,” Blaze’s parents, Gideon and Jeanne Pepper Bernstein, wrote. “Our son was a beautiful gentle soul who we loved more than anything. We were proud of everything he did and who he was. He had nothing to hide. We are in solidarity with our son and the LGBTQ community.”

“If it is determined that this was a hate crime, we will cry not only for our son, but for LGBTQ people everywhere that live in fear or who have been victims of [a] hate crime,” they continued.

Bernstein was reported missing on January 3 by family–they were worried after he didn’t show up for a dentist appointment and his wallet and glasses were still in his bedroom. The 19-year-old University of Pennsylvania student was visiting home in Lake Forest when he went missing.

Using Snapchat, police tracked down Woodward (below), who had picked Bernstein up in his car the night before. 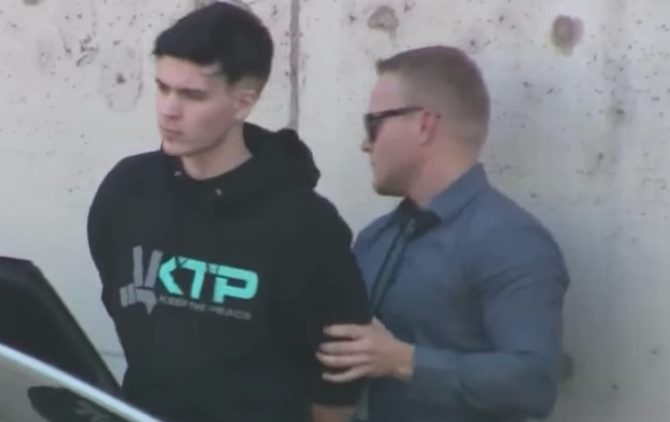 According to a search warrant affidavit, Woodward had scrapes and scratches on his hands and dirt under his fingernails when questioned by police. At the time, he “could not recall” his girlfriend’s last name or address he said he visited after dropping Bernstein off.

When detectives asked about the cuts and scrapes, Woodward said he got them from a fight club he was in and that a fall into a “dirt puddle” resulted in the dirt under his nails.

Bernstein and Woodward both attended the Orange County School of the Arts.