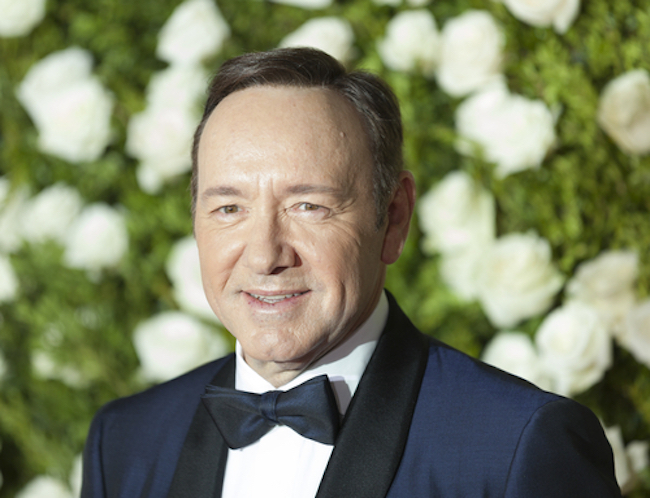 More bombshell revelations have surfaced in the wake of actor Anthony Rapp claiming Kevin Spacey sexually harassed him 31 years ago.

Now, an investigation by the Old Vic theater has yielded 20 counts of “alleged inappropriate behavior,” according to USA Today.

Spacey has served as artistic director for the London-based not-for-profit theater for over ten years.

In a report, the theater says “it was claimed that those affected felt unable to raise concerns and that Kevin Spacey operated without sufficient accountability.”

“On behalf of The Old Vic Board of Trustees, to all those people who felt unable to speak up at the time, The Old Vic truly apologizes. Inappropriate behavior by anyone working at The Old Vic is completely unacceptable.”

According to Old Vic, Spacey hasn’t made any comments regarding the new allegations.

The report also claimed the theater is “deeply dismayed to hear the allegations levied against Kevin Spacey.”

A statement, posted to the official Old Vic website on October 31, asked that people continue to email complaints and that they’ll be “treated in the utmost confidence and with sensitivity.”

Actors and former staff accused the theater of ignoring inappropriate sexual behavior by Spacey in a report published by The Guardian on Nov. 2.

“There was a running ‘joke’ about it. I was informed that I was not allowed to talk about it outside the theatre. I am honestly sickened that the theatre has chosen to plead ignorance.”

“These allegations have been a shock and a disturbing surprise to many of us. It is incorrect, unfair and irresponsible to say that everybody knew. But as a result of the investigation, what we have learnt is how better to call out this behavior in future.”

The 20 alleged incidents reportedly occurred between 1995 and 2013.

The theater claims none of the accusers were minors and that “no legal claims, formal grievances, formal disputes, settlement agreements or payments made or authorized were made at all in relation to Kevin Spacey during his tenure.”

“The investigation found that his stardom and status at The Old Vic may have prevented people, and in particular junior staff or young actors, from feeling that they could speak up or raise a hand for help.

Staff who observed this behavior claimed they were unclear about how to respond…. in some cases they did not consider allegations of misconduct to be serious and, where they clearly did, they said they did not feel confident that The Old Vic would take those allegations seriously given who he was.”

“For those who were affected during Kevin’s tenure, our victim support counseling service will continue to be open 24 hours a day, 365 days a year for the next 12 months.”