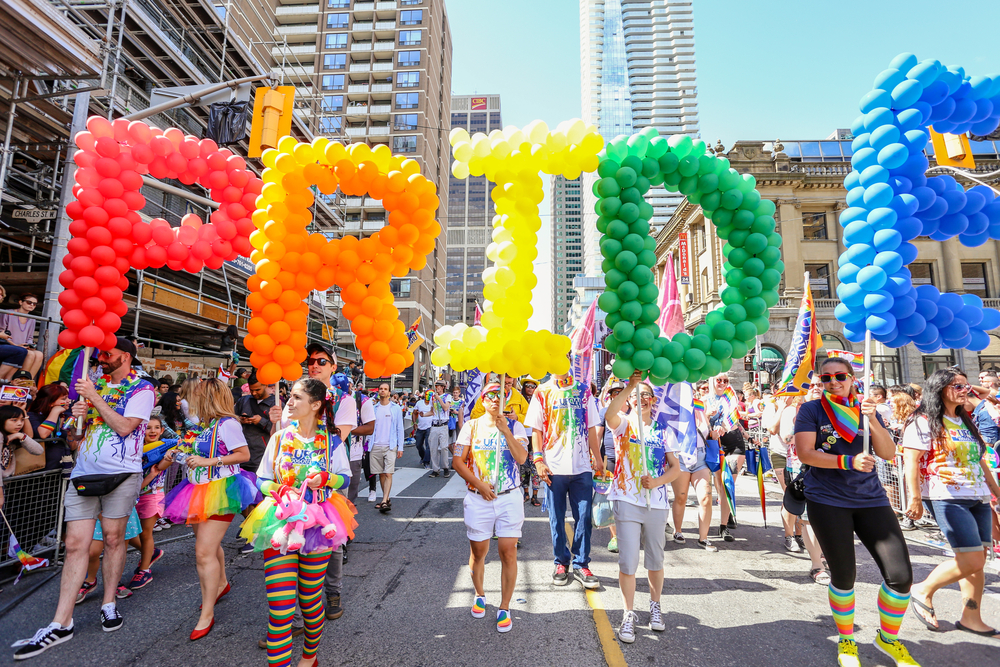 Toronto Pride, quite possibly Canada’s largest annual LGBTQ event, made headlines by banning police officers from its 2017 and 2018 parades. And now, the event’s governing body is considering banning all military participation, profiteers of the “prison industrial complex” and all corporate floats (though not all corporations presence).

The governing body heard all three proposed bans, which were suggested by Pride member Lisa Amin, at a “special general meeting” earlier this week.

Reasons given for the bans included the fact that military “disproportionately target, maim, and kill racialized people … maintained by legacies of white supremacy and imperialist projects,” “queer and trans people have been criminalized and then persecuted within the prison system,” and “the parade is too long … [and] there are better ways for corporations to show us their support.”

If approved, these bans wouldn’t affect the 2019 Pride event, they’d be instated in future Pride events.

Naturally, the proposed bans have divided opinions. One commenter found it unfair to exclude military members seeing as many identify as LGBTQ. Others worried that a ban on corporate floats might cause businesses to withdraw financial support from the expensive-to-hold event.

Some of these conversations aren’t new. In 2011, Pride Toronto considered decreasing corporate involvement to give the event more of a relevant community feel.  However, the conversations around police, military and prison profiteers reflect changing social attitudes on racial justice.

Though police struggle to maintain friendly relations with the community, they also play an important role in the prison industrial complex by enforcing laws that disproportionately target poorer queers of color including sex workers, trans women and homeless youth.

Police are actually allowed to march in the parade now, just not in uniform. Officers lost the right to march in uniform in a narrow 163-to-161 vote in early 2019. Inside documents suggest that the police were invited back because community and corporate contributions to Pride decreased following the complete police ban.

Amin said she’s not trying to “shrink the party or kill the vibe” of Toronto Pride. Rather, she wants to make the parade “actually meaningful to our queer and trans communities” while giving corporations “more opportunity to get creative” by having them participate in a more impactful way.