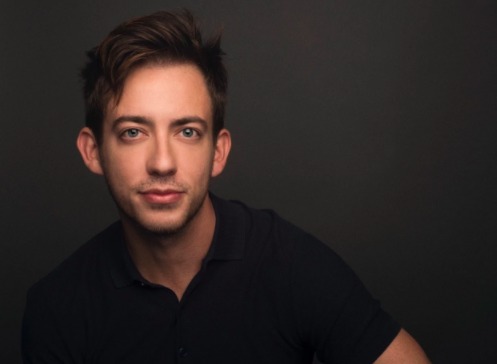 Sooooo Kevin McHale may or may not have come out on Instagram yesterday.

The 29-year-old actor, who played Artie Abrams on the hit show Glee, posted a rather mysterious image/caption combination that lead fans to wonder if he’s stepping out of the closet publicly.

The moody black-and-white photo shows two hands that appear to be male, along with an emoji that means “I love you” in American Sign Language.

Many have speculated that other hand in the photo belongs to Austin McKenzie, a performer who starred in the Deaf West Theater production of Spring Awakening, and who has worked using ASL extensively.

McHale and McKenzie both starred in the Dustin Lance Black-penned 2017 ABC mini-series about gay rights, When We Rise.

Some people responded to the photo with shock…

wait… kevin mchale is gay?? what??

Others responded with joy…

rob buckley got engaged and kevin mchale posted a photo of his hands on his boyfriends hands IT IS A GOOD DAY I’M SO HAPPY FOR THEM :,)

I'm so happy for you Kevin ?

I think this but I am just happy that Kevin has someone who loves. So no matter who is in this picture I am so happy

Dating is hard for everybody these days, but especially in your industry. Wishing you both the best.

Congratulations, Kevin. From what I can see, thats a male hand, and idk if you are gay or bi or whatever, but I’m so happy that you found someone. We all love you and support you no matter what! ?????? @druidDUDE

Kevin McHale aka Artie from Glee just posted the first pic that suggests he’s in a relationship and I’m now over here like… pic.twitter.com/GqS8DnLxhA

We’ll be sure to keep you posted with any new developments.