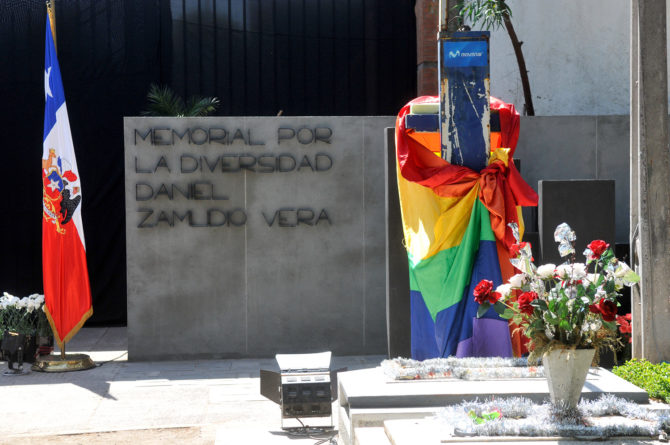 A pair of homophobic hate crimes have rocked the nation of Chile.

Movilh, Chile’s LGBTQ watchdog organization, has reported that two separate, unrelated attacks occurred in small Chilean towns against gay men. The group has also said it intends to file legal action on behalf of the victims.

The first attack took place in the town of Porvenir in the southern region of the nation. A group of men forced 52-year-old José David Muñoz Vargas under water in a hot tub, causing him severe burns. Vargas survived the attack, but remains in critical condition in an area hospital.

Related: Chilean Sailor Surprises The World By Coming Out

The second attack happened in the city of Valparaso on New Year’s Day. Law enforcement have not released the name of the victim, though have identified him as 24 years old. While riding in a car with several other men that evening, the victim received a phone call from his boyfriend. When the other men realized he was gay, they began to attack him, first verbally, then with physical force. They drove him to a rural area near the lake Laguna Verde, where they tortured him by burning him with cigarettes, stomping on his genitals and beating his head with a large rock. He lost consciousness and woke up the next day.

Movilh has called on law enforcement to investigate the attacks, both clearly hate crimes. “We call on local authorities to help victims of this type of abuse, to sensitize people about what life is like for LGBTI community and to educate LGBTI youth about their rights and about the dangers they face, in order to prevent further abuses,” said Movilh spokesperson Diego Rios.

Though Chile has yet to embrace marriage equality, the nation does have legal protections for LGBTQ people against violence. Already family members and supporters of the victims have called for prosecution of their assailants under the Zamudio Law. The law takes its name from Daniel Zamudio, a Chilean man beat to death in a hate crime by four Neo-Nazis in 2012. Public anger following the attack caused lawmakers to take action in preventing hate crimes.