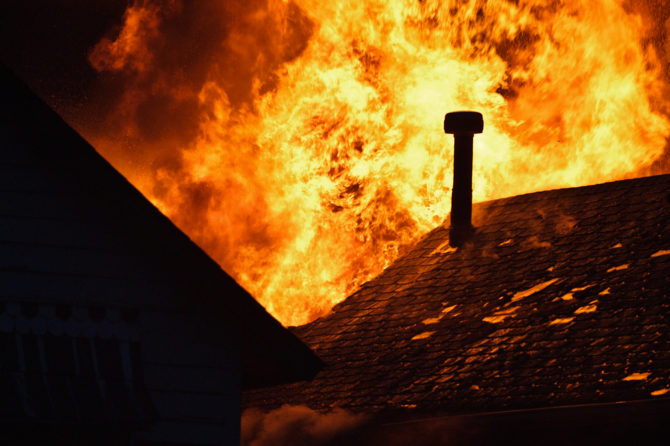 When 72-year-old John Williams sought a restraining order against his husband, 48-year-old Craig Crawford, there’s no way he could have known how truly terrible their story would end.

Now Crawford has pleaded guilty in a Salt Lake City court to first-degree felony counts of aggravated murder and aggravated arson. He admitted to burning down Williams’ house, with Williams tragically trapped inside.

The couple had been together for two decades, but Williams had just filed for divorce after the relationship went south. Williams, a successful restauranteur in Utah, was fearful of Crawford’s state of mind, and filed for a petition for a protective order along with the divorce papers. He was also in the process of legally evicting Crawford from the home.

Williams’ relatives later told the authorities that Crawford would regularly say that “he would be rich” when Williams died, and according to The Salt Lake Tribune, he even stated he wished the house would burn down.

Court documents state that when fire crews responded to the blaze last year, they heard Williams cry out for help from a fourth-floor room. The staircase had gone down in flames by that point and they were unable to get to him. When they were finally able to break through the bedroom window, it was too late.

After filing his guilty plea, Crawford’s defense attorney told the judge that Crawford wanted closure for Williams’ family. A judge will now decide whether Crawford’s life sentence will include the possibility of parole or not.