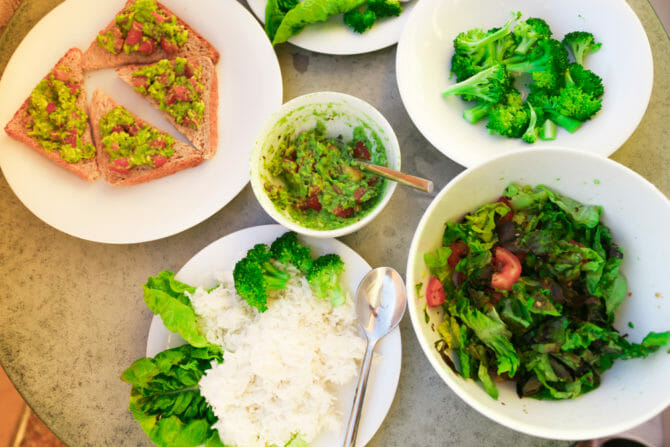 We can get so down with a healthy vegan lifestyle. Let’s talk about how intelligent diet shifts can help save the environment. Give us your best cashew cheese sauce recipe and we will go get the ingredients, like, yesterday.

But this particular vegan group can leave its pea protein at the door.

Pembrokeshire Vegan Organic, a group that promotes veganism and apparently so much more, has come under fire for an off-kilter warning about “synthetic chemical pollutants.”

In it, they warn that said pollutants can cause “sexual development disorders,” like being gay or transgender.

The post has since been deleted, but it’s been preserved, like the processed foods they so detest, forever: 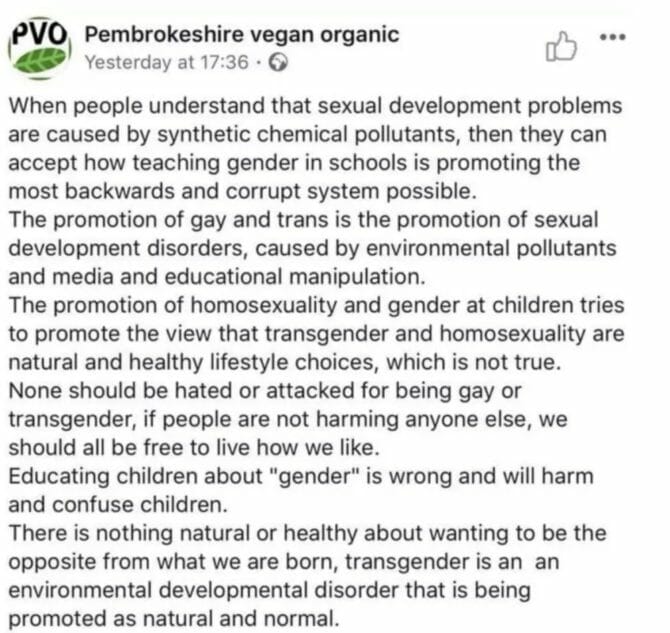 “When people understand that sexual development problems are caused by synthetic chemical pollutants, then they can accept how teaching gender in schools is promoting the most backwards and corrupt system possible,” reads the warning, which would be pretty hilarious if it were intended as satire.

“There is nothing natural or healthy about wanting to be the opposite from what we are born, transgender is an environmental developmental disorder that is being promoted as natural and normal,” it goes on to explain with woeful inaccuracy.

Luckily, all vegans are not cut from the same cheese-cloth.

The Vegan Society had this to say:

“The view of an individual vegan does not represent how the vegan community as a whole feels on a particular issue,” Dominika Piasecka, spokeswoman for The Vegan Society, told The Independent.

“It’s important to note that veganism is based on kindness and compassion, and the backlash the Facebook page has received shows that the vast majority of vegans disagree with the comments made.”

It’s an outlook not shared by many. Here’s a sampling of some of the feedback it received:

“A page based on pseudoscience and scientific misinformation. The real shame is that they are delegitimising veganism and the move to a more sustainable diet with their hate speech. They are not only being discriminatory but also pushing people away from something we need to be moving towards,” added another.

WATCH: Who was Sylvia Rivera and the Gay Activists Alliance?