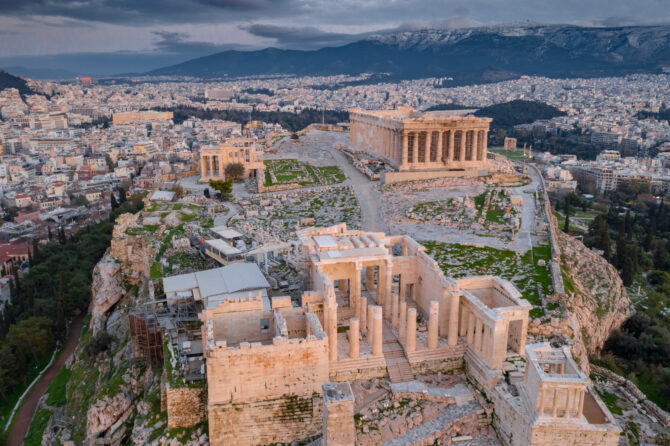 The Acropolis is Greece’s most visited landmark, but the historical ruin saw an entirely different sort of action recently. A group of filmmakers staged an explicit gay sex scene at the UNESCO-listed site, and the footage has been posted online.

The scene occurs in broad daylight as tourists walk nearby, though it’s unclear if any passersby were aware of what was happening.

A Greek culture ministry spokesman told French media agency AFP that it has launched an investigation and hopes to “find as soon as possible those responsible for this illegal shoot.”

The anonymous producers of the film, titled Departhenon, have described the scene as “political art.”

They say the Parthenon symbolizes “nationalism, the cult of Antiquity” and “patriarchy.”

In response, the culture ministry said in a statement: “The archaeological site of the Acropolis does not lend itself to activism or any other action that offends or shows a lack of respect to the monument.”

A translated description of the film reads: “After a hike, two men in a group remember the love adventures they had as a former couple. The company decides to bring back their lost eroticism and courage. As the company implements its plans, it creates a framework of sensuality and a symbolic crack in the archeological site of the Parthenon, which is aggressively charged with heteronormal and nationalist values, in order to find a place for the requested eroticism to flourish.”

Departhenon was first screened before a small audience on December 16 at the University of Thessaloniki, and didn’t cause any controversy. That changed after the full, 36-minute film was posted online last week.

“You can’t do anything and everything in the name of activism.”