Well fell in love with this sweet rom-com on the festival circuit last year. Now, it finally arrives on streaming. Benjamin follows the neurosis of its titular film student (played by Irish actor Colin Morgan, of The Happy Prince). Benjamin insulates himself with eccentric friends and obsesses over his latest film project, but lacks artistic fire. That changes when he meets the handsome French student Noah (Phénix Brossard) who begins to break through the layers of Benjamin’s anxiety. Funny and erotic, Benjamin tells a memorable story on a minimal budget—one which will feel very true to life to many gay viewers.

The world-famous LGBTQ Los Angeles film fest returns, COVID-19 be damned. Fortunately, this year the entire festival lineup lands online, meaning anyone, anywhere can actually take part and check out this year’s movies. We want to give a special shout-out to The Capote Tapes, director Ebs Burnough’s documentary about Truman Capote’s lost final novel; The Obituary of Tunde Johnson, the story of an African-American gay man reliving his own death over and over; Breaking Fast, the Haaz Sleiman-led queer romantic comedy (which just picked up the prestigious Audience Award at aGLIFF, no less), and Cured, a fascinating new documentary about the queer activists who lobbied the APA to declassify homosexuality as an illness. We also want to give a special shout-out to…

Festival runs from August 20-30. Visit Outfestnow.com for tickets or to stream films.

We fell hard for this bittersweet high school comedy about a group of drama nerds spending their last night together before college. For the repressed Gene (Nick Pugelise), that means finally coming out to the gang, and sharing his feelings for the handsome Oscar (Nico Greetham). More than that—including Oscar’s own feelings—we’ll not reveal here. Dramarama has an undeniable warmth and innocence to it. Unlike other “coming out” movies that rely too heavily on melodrama or sex, this movie knows coming out is much more complicated. The young cast all give fine performances hinting that each will have successful careers, and we found the characters endearing. At times, Dramarama feels less like watching a movie, and more like hanging out with old friends.

Plays at Outfest August 22-25. The cast will also host a special watch party Saturday, August 22 at 7 pm PST via Instagram.

Speaking of enchanting festival films, the high-camp comedy about a conservative Texas woman (Jacki Weaver) inheriting a drag bar from her deceased son finally lands on streaming services this week. With an appealing supporting cast that includes Lucy Liu, Adrian Grenier, Mya Taylor and Jackie Beat, Stage Mother recalls shades of The Birdcage and To Wong Foo in the most entertaining way possible. Weaver makes her character into the tender mom we all wish we had, though we found the plot totally absurd, we can’t deny its charms.

A reader tipped us off to this new music video directed by Andrew Paparone. Shot entirely during the COVID-19 lockdown, Paparone and his partner Dae Gasque star as a couple navigating the day in-day out slog of social distancing. Moreover, the song by Yves has an energized beat that makes it appropriate for just about any occasion. Call it a way to commiserate during lockdown: we all know how these guys feel.

Queer pop star Bright Light, Bright Light drops his latest single off his album Fun City due out next month. Like his past two outings, this one comes dance floor ready, with echoes of the Scissor Sisters, Whitney Houston and Depeche Mode amid the beats. The lyrics, on the other hand, are all about the LGBTQ community, living authentically and standing up for what’s right. “Did you come as a boy or a girl/Or did you come as yourself/Even better,” he croons. Part equality anthem, part inspirational dance tune, it cements Bright Light, Bright Light as a queer artist on the verge of stardom.

The Sip: The Madonna 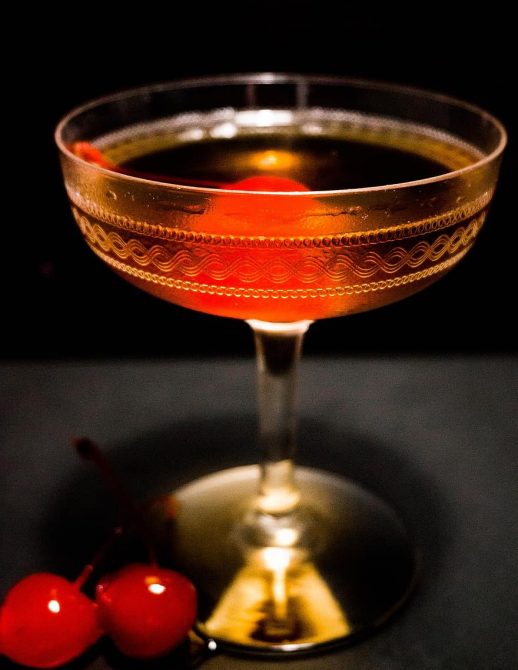 Madonna just celebrated her 62nd birthday this week. As such, we suggest this libation so named for the sticky and sweet pop goddess herself. Simple and easy to make, it nonetheless packs a heck of a wallop. Kind of like Madonna herself.

Pour vodka in a glass over ice. Add 7-up to taste. Garnish with a cherry.