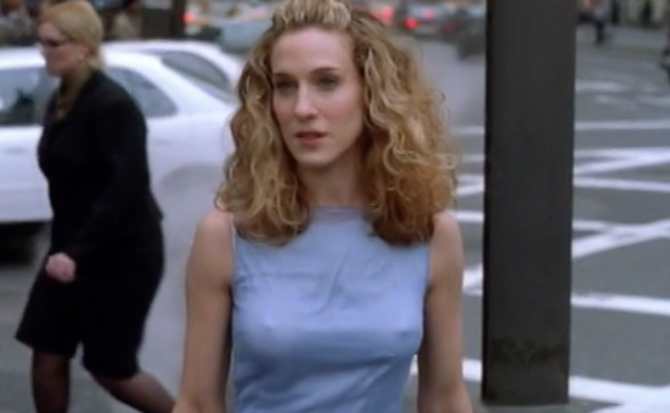 “Being single used to mean that nobody wanted you. Now it means you’re pretty sexy and you’re taking your time deciding how you want your life to be and who you want to spend it with.”

Sure, Carrie Bradshaw, sure.

Could it also possibly mean a lifetime of forging connections through social apps designed to fulfill an a la carte version of who you think you are (or are supposed to be?) has left you unable to properly function in real world relationships? Could being single be a side effect of painful cycles of underemployment, devalued self worth, and lack of opportunities in an ever-widening gap between rich and poor?

Sex and the City took the airwaves by storm in 1998 — can you believe that? And we guess if you were a 30-somthing love columnist living in a questionably expensive West Village brownstone apartment in the late ’90s, being single meant “you’re pretty sexy.” And OK, in many ways that point can hold true.

If you’ve followed this long train to nowheresville, here’s the last stop — a just-released alternate version of the iconic opening sequence of Sex and the City.

See?! She has a different dress on! No too-too! See?! She trips! This is exciting.

Now we’ll leave you with one more Bradshawism:

“My mind was yelling how angry I was, but my heart…my heart.”

Alright that one stands the test of time — we feel you, Carrie.