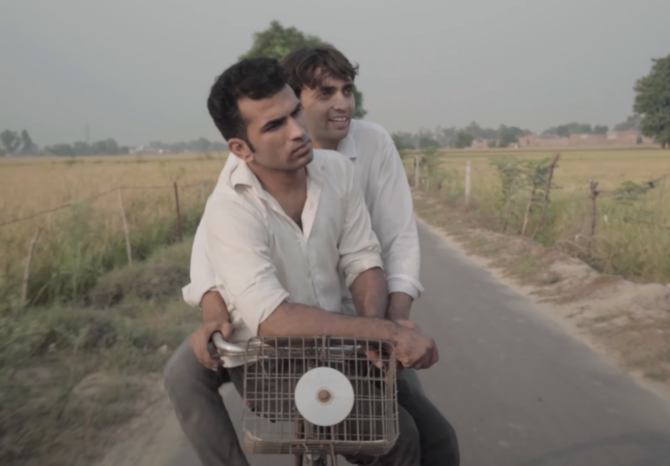 The film tells the story of a Jaggi, a young man living in rural Punjab, who struggles with his sexuality. He is misunderstood by his family and bullied by members of his community. It’s a heartbreaking tale, and one far too many LGBTQ people in India, and around the world, still face on a daily basis.

“The film is based on true events and although it revolves around the central character, Jaggi, but through him we have tried to cover countless stories of bullying, ridicule, sexual and mental harassment,” Sidhu tells the Tribune India.

“Our aim was to showcase the often ignored reality of the society of men letting out their frustration on weaker men once they hit puberty. I want to create a difference in society by my work as a filmmaker. And this award is a pat on the back for not just me, but the entire cast and crew.”