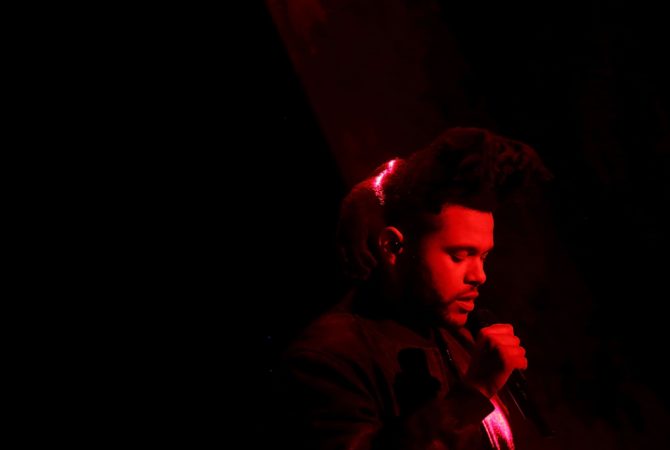 Singer The Weeknd (real name Abel Tesfaye) has come under fire for perceived homophobia in his new single.

The musician, known for hits like “I Can’t Feel My Face” and “The Hills” is being criticized for lyrics in his new single “Lost in the Fire.” In the song, Tesfaye seemingly refers to seducing a queer woman to turn her straight.

Related: New Music: Sia, VV Brown, Plus Miley Gets Mashed Up With Sinead

“You said you might be into girls, said you’re going through a phase, keeping your heart safe, well baby you can bring a friend, she can ride on top your face, while I f*ck you straight,” he sings. Needless to say, queer activists have fired back at the singer, with lesbian journalist Jill Gutowitz leading the pack on Twitter.

i don't like cancel culture & i'm not saying "cancel the weeknd," but these are the kinds of lyrics that fucked me up when i was younger & subconsciously kept me in the closet. so it's important to talk about and say "this is isn't ok"

“These are the kinds of lyrics that fucked me up when I was younger & subconsciously kept me in the closet,” Gutowitz elaborates.

pretty upset at how little this is being talked about. It is hurtful in so many ways. I’m pretty upset that there was so much noise about postmates today from someone extremely close to him but radio silent about this. If you’re an ally don’t pick and choice who you will denounce

Naturally, the backlash to the lyrics has touched off its own backlash of sorts, with tweeters arguing about corrective rape and hypersensitivity. At the time of this writing, Tesfaye has yet to respond.