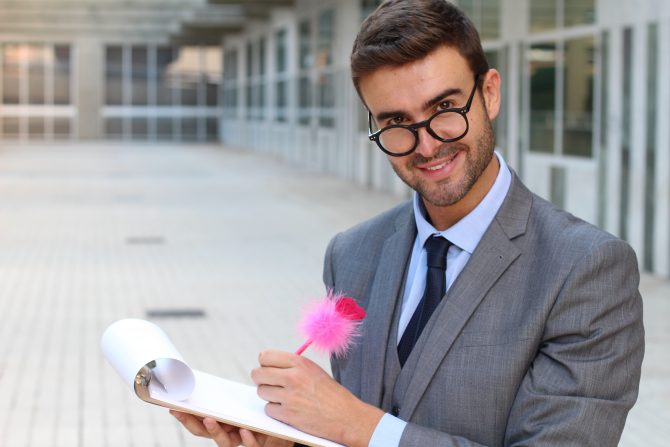 From Stanford in Sex and the City to George in My Best Friend’s Wedding and even David in Schitt’s Creek, we’re overwhelmed with stereotypical depictions of gay men as witty, well-groomed, and well-spoken (and, unfortunately, disproportionately white). But as one Redditor recently asked, where does that trope even come from?

Origin of this stereotype from askgaybros

Other Reddit users readily replied with theories. “Gay men from the upper class or bourgeoisie were more likely to be ‘out’ for centuries,” one wrote.

Related: From fops to jocks: How gay stereotypes are changing faster than you can say Jack McFarland

Another pointed to media depictions from a more censored era of filmmaking: “Gays have often depicted as elite and/or humorous due to the Hayes Code established in Hollywood. Hysterical use of veiled references and inside jokes aimed at an audience a bit more sophisticated.”

A third commenter attributed the stereotype to “societal pressures” that “invalidate the gay identity,” homophobia included. “So some gay men seek validation through achievement in professional careers and personal presentation,” that commenter wrote. “They feel like they need a greater amount of success to get the respect that society gives to straight man automatically.”

Replied another user: “This is a great answer! I’d like to say the same thing in a different way, that internalized homophobia, the fear of being rejected for being gay, and the whole host of circumstances that could drive gay men to be ostracized (which, in some aspects, remains in the gay community) can drive some people to strive for acceptance via secondary achievements as a sort of defense mechanism.”

That user continued: “Being funny, witty, and well-groomed are, to some extents, among the more readily accessible. Absorbing culture through reading, music, theater, movies are also good options, doing double duty as also being ways to deal with loneliness and boredom. Their appeal is also reinforced by being socially acceptable and even encouraged ways to differentiate oneself, and a source of validation by straight society.”

Meanwhile, another Redditor cited the acclaimed book Gay New York: Gender, Urban Culture, and the Making of the Gay Male World, 1890-1940 by Columbia history professor George Chauncey. “Aristocrats were associated with effeminacy because they were a leisurely class that didn’t do hard labor like those hardy working men,” that Redditor wrote. “It was a show of status to be effeminate. When the middle classes started to form, they used the stereotype to discredit both aristocrats and homosexuality, because the nuclear family was all-important to their ideology. Working-class men usually referred to as ‘fairies’ and ‘pansies’ used the stereotype in the late 19th/early 20th century to give themselves status, and to this day, many queer men (including me) knowingly or not use it to give themselves culture and ‘class’ to make up for the middle-class male privilege they’ve been stripped of.”

For more about this stereotype — and how it robs gay men of the right to be “dull and humorless” — check out The Independent’s coverage of Ashley Brooks’ research into “ambivalent homoprejudice.”