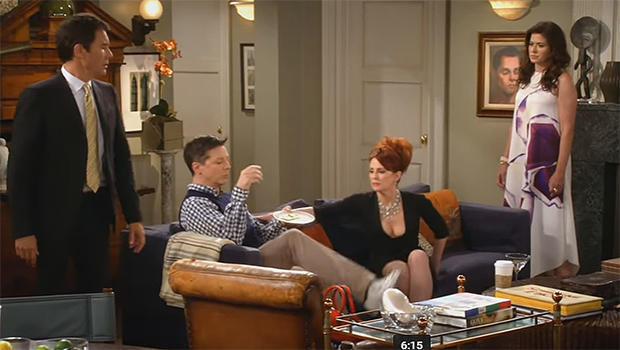 SPOILER ALERT: If you haven’t watched this week’s midseason finale of Will & Grace, you may want to venture to greener pastures.

Here, we even have some suggestions:

Eelslap.com — “The most fun you’ll ever have with an eel and a mouse. Guaranteed.” 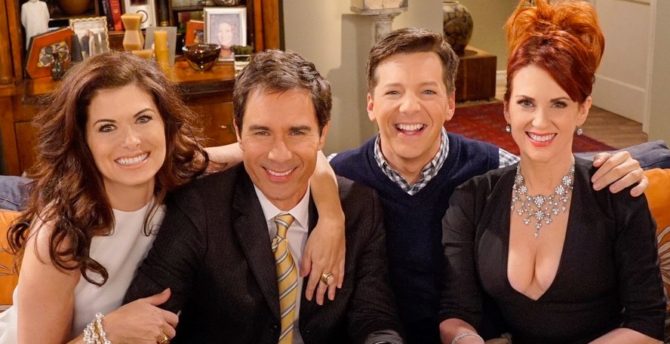 OK, if you’re still reading, that means you’re either caught up on W&G or you just don’t care about sitcom spoilers. Either way, you’re our kind of people.

On last night’s episode, fans were rocked as the show killed off a major character.

Shelley Morrison, the actress who brilliantly played Rosario for all those years, decided not to return with the series, so it was only a matter of time before the revamped show addressed her absence.

Morrison is 80 years old now if you can believe it, and has retired from acting altogether.

In the episode, Karen gives Rosario a fitting sendoff:

Fans were a bit shook:

How are we supposed to live without Rosario on #WillAndGrace? Her relationship with Karen was comedic gold. I’m officially in mourning. pic.twitter.com/BlIHHAUiHT

Omg I have tears running down my face. My heart ? Karen’s love for Rosario is endless and my heart hurts #WillAndGrace pic.twitter.com/4TKDkBneQA

I shouldn’t be this upset about a fictional character from a comedy show dying ? R.I.P. Rosario Inés Consuelo Yolanda Salazar #WillAndGrace

RIP Rosario. I will NEVER forget the zingers! #WillAndGrace pic.twitter.com/MM5ktL64gY

Below find some clips of Rosario and Karen’s extra special chemistry: