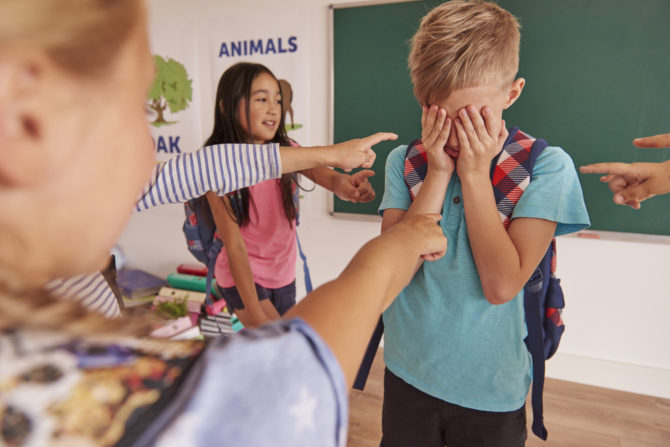 What do you do when you know someone else’s kid is gay, and that he’s being bullied for it, but his parents haven’t caught on yet? That’s what one mother wants to know.

“We have some great friends we have known for five years,” the woman writes to advice guru Dear Abby. “Our families enjoy time together, and although the friendship started through our kids, I now get together with the other mom outside of kid-related activities.”

She goes on to explain that her friend has a 12-year-old son named Michael.

“I have assumed for a long time that Michael is gay,” the woman says. “Since late last year, he’s been having a lot of trouble with a certain group of boys who call him gay–among other names–and bully him.”

She wants to help. There’s just one teensy, tiny problem:

“His mom knows he is different, but his dad is deep in denial.”

Not just that, she says, but Michael’s dad has been pressuring him to hang out with the “jocks,” even though it’s quite clear his son doesn’t fit in with them.

The woman continues: “The bullying is escalating and, while his dad remains in denial, his mom is telling Michael to ignore it and not draw attention to himself.”

The situation has left the woman feeling very upset.

“I have encouraged his mom to talk to school authorities, but she refuses,” she writes. “We have never spoken directly about the possibility that Michael may be gay because I can feel the fear and denial in what she isn’t saying.”

In her response, Abby encourages the woman to be the support system Michael is not getting at home.

“It is tragic that Michael’s parents can’t accept their son for who he is, rather than who they would like him to be,” Abby says. “That’s why it is absolutely vital that you befriend that boy to the best of your ability.

She continues: “Let the boy know you love him just the way he is and that being different isn’t wrong. If you do, it could mean the difference between life and death–and that’s no exaggeration.”

What would you do in this situation? Share your thoughts in the comments below…