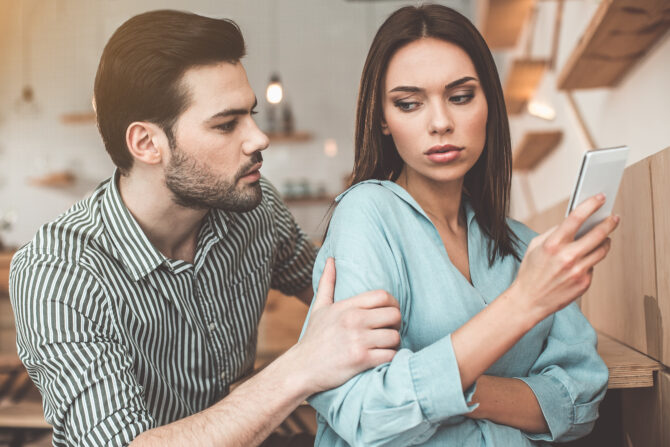 On the surface, outing someone to their family before they’re ready is a big no. But one woman who found herself pushed into a corner did just that, and now she’s wondering if her actions were just.

Posting to the popular ‘AITA’ (Am I The A**hole?) thread, Reddit user life_after_love explains the circumstances — her soon-to-be ex-husband is gay, hid it from her, and cheated on her.

He “admitted that he knew he wasn’t attracted to me that way,” she writes, “but he wanted kids and a ‘normal’ life. I don’t care that he’s gay, but I will never forgive him for leading me on so he could use me to have kids.”

The “problem,” she continues, “is that his family are fundamentalist nutjobs…and his mother is the interfering MIL from hell.”

When her mother-in-law, a devout Mormon, showed up at her door “under the guise of picking up some paperwork,” she “cornered [her] about how [she’s] being childish and marriage is about commitment, forgiveness, and working through problems, etc.”

“It became apparent,” she writes, “that my ex didn’t tell his family that he cheated, he told his mom that I was divorcing him because we weren’t having sex often enough for me. I tried to be patient and explained that he had cheated and that’s why. I wasn’t going to go into greater detail because I know how his parents are and it’s none of their business.”

But after her mother-in-law advised that “men are just that way and if [she] wanted to have sex more and for him not to stray that [she] should make [herself] more attractive to [her] husband and be a better wife,” she let the truth come out.

“It had been a sad and hard day already and that was the last straw,” she explains. “Here’s where I might be the AH: I told her that the only thing that would make me more attractive to my ex would be a sex change operation and that I hoped he and his boyfriend adopted her some grandchildren so she could finally shut the hell up about it. Not my finest moment, but she just hit the worst and rawest nerve she could have and I exploded.”

She adds: “It’s evidently turned into a huge family drama, he’s probably going to be disowned, and my ex called sobbing that I’ve ruined his life out of spite. I don’t really know how to feel about it. I do feel bad for him that his parents are such awful people and there were just no ‘good’ outcomes for him, but I also feel like he made his own bed here, too.”

The post has attracted over 1,000 comments, and most assure her that she is not the a**hole in this situation.

“As a gay person I say NTA,” wrote user Cruitire. “As a general rule I agree with never outing someone. But with one exception. When they are hurting others…In this case he not only hurt you, he was continuing to hurt you.”

Another queer commenter, user RememberKoomValley, agreed: “Speaking as someone who is queer, who has been forcibly outed in the past, who’s been tormented, made homeless, fired from jobs for not being straight–yeah, OP is 100% NTA here.”

“A person doesn’t get to control their ex’s narrative when a relationship has ended. A cheater doesn’t get to expect protection from their ex. And he knew from the start and used her–if he wanted to not be outed, he should have made it very clear to his family that the breakup was his fault, and he should have told them that he is the one who caused it.”