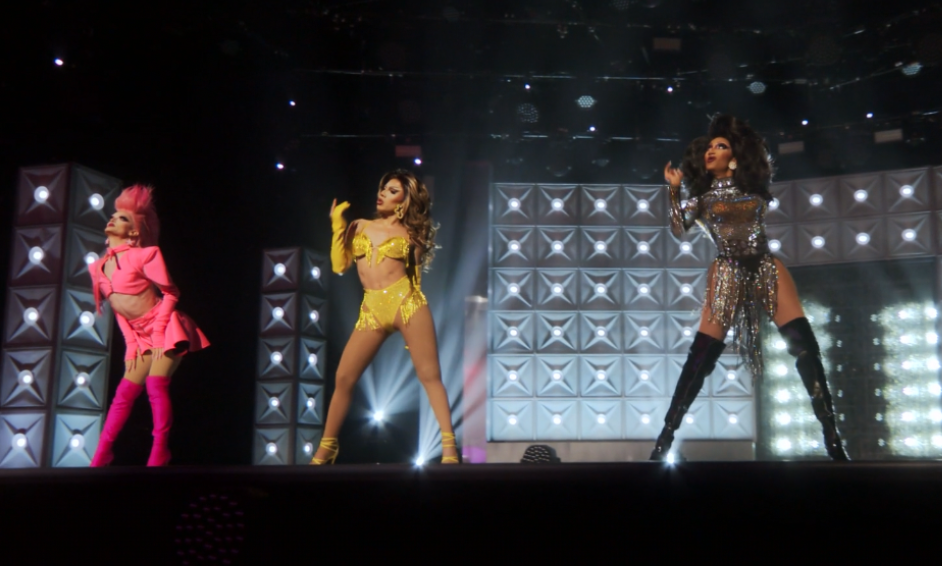 Thanks to several weeks of non-eliminations, the 14th season of RuPaul’s Drag Race “original recipe” has developed a reputation for being exceedingly long. Though RuPaul’s been shy about asking this charming cast to sashay away, he’s at least over-delivered in the Lip-Sync department: Between excellent song choices and a particularly talented crop of queens, we’ve been gifted with episode after episode of unforgettable performances.

As the season comes to a close this week, with the finale airing later tonight, it’s time to look back at its 10 best competitive lip-syncs. These are the performances that had us gooped, gagged, and ready to hit that “replay” button…

A rare deployment of a moderate tempo track, this early season lip-sync to Alicia Keys’ breakout hit stands out for the way it challenged the queens to key into its raw-nerve emotion—in front of Ms. Keys, no less! Daya put lipstick on her nails and dragged them across her skin to evocative effect, but DeJa was the clear winner, delivering thoughtful, subtle movements in step with the song’s rhythm and never once letting the passion leave her face. It was such a strong showing that Ru claimed she might be a Lip-Sync Assassin—a prediction that never quite panned out during the season.

By this point, we’d already seen Jorgeous smash three competitive lip-syncs, so you might think her performances would start to grow stale, but you should never doubt the dancing diva of Nashville. The show-stopping moment comes when she pops her body and twirls her arms in time with the remixed breakdown before the chorus, making it clear who’d be unwrapping their chocolate bar that night. Mercifully, the Drag Gods spared Bosco from a sashay, which felt appropriate considering she put up a good fight, staying tight on Whitney’s lead vocal runs instead of defaulting to the background.

Rightly hailed as a “holy” song in gay culture, “Telephone” is the kind of unassailable pop diva smash that feels like it was destined for the Drag Race main-stage. The episode’s narrative played a major role in making this one so memorable, underscoring Angeria and Willow’s ride-or-die friendship that dramatically upped the stakes as Ru determined who was worthy of the Grand Finale. Earning their double-shantay, the pair played perfectly into their Gaga/Bey dynamic with heart and humor. The only downside is imagining what these two could’ve done had they not been limited by their runway gowns.

The LaLaPaRuZa tournament produced some of the season’s most exciting lip-sync battles, and it’s a testament to these queens’ drive for the crown that its final round was just as fierce as the first. Having both lost in their previous two bouts, Bosco and Jasmine showed no signs of slowing down when the shimmering synths of “Swept Away” chimed in (Diana Ross, Ru’s favorite). Both queens got down for some floor-work during its spoken word intro, and Bosco proved it was the perfect match to her burlesque style, whipping out every stripper move in her arsenal. 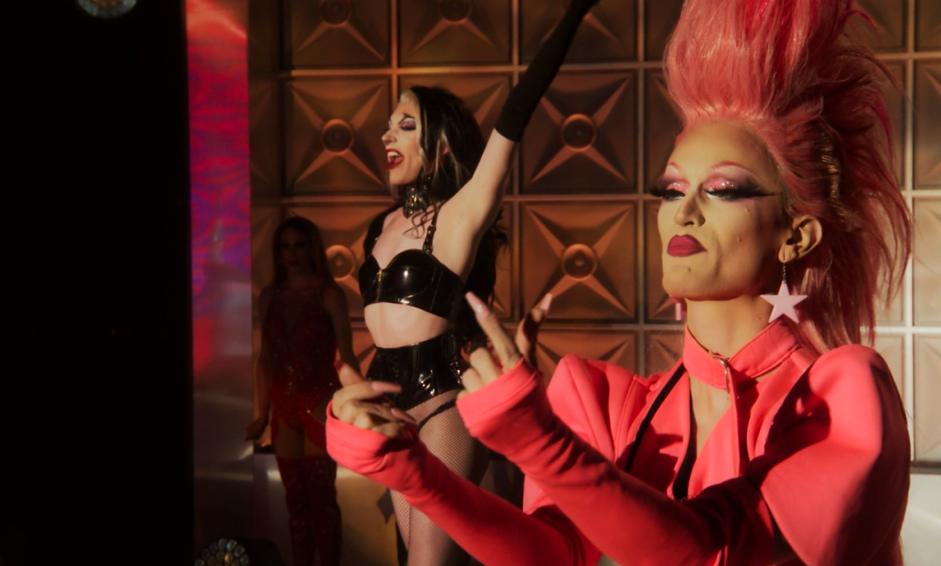 It’s something of a mystery that Drag Race hasn’t uploaded this semi-final LaLaPaRuZa lip-sync to its YouTube channel, especially because its standout shot—the dual focus on Lady Camden and Bosco—was lauded on Twitter as some of the show’s best camerawork to date. In the tournament’s semi-final round, Bosco’s strategic selection of the En Vogue slow jam backfired: Camden, known for her balletic footwork, showed that she was just as compelling a performer while standing in place, turning up the heat and showcasing why she was an underdog not to be overlooked.

Speaking of fiery lip-syncs, this face-off between Jasmine and Maddy was unforgettable thanks to passionate performances both on stage and behind-the-scenes. During Untucked, the girls were in their feelings about the possibility of going home, resulting in a delirious shouting match that was Drag Race drama at its best (“This is your moment! Have it!”). That fight fueled an absolutely jaw-dropping, hair-whipping turn from Jasmine, channeling the full power of Beyoncé, while Maddy held her own, finding a fun energy for the song that overcame the sight of her Golden Boot-earning patchwork dress.

4. Lady Camden vs. Daya Betty: “One Way Or Another,” Blondie

A triumphant week for Lady Camden was capped off by this Lip-Sync For The Win, which saw her facing off with Daya to the tune of the late-‘70s classic. Whether a sly tip of production’s hand or a beautiful coincidence, Camden was outfitted in an era-appropriate, Freddie Mercury-inspired chaps look that fit the song’s vibe oh so well. And she brought the moves, too, in total control of every inch of her body, infusing her bravura ballerina schtick with a touch of Velociraptor. Daya approached it with the right intensity, but it’s hard to take your eyes off of Lady Camden.

3. Jorgeous vs. Orion Story: “My Head And My Heart,” Ava Max

After wowing in the premiere talent show, fans had been eager to see what Jorgeous could do in a competitive lip-sync, and she did not disappoint here. As she untied her corset dress and slipped it off, it felt like we were seeing the full potential of Jorgeous unleashed—quite possibly one of the best performers to ever grace the Drag Race stage. You’ve got to applaud Orion for giving it her all, but she was no match for this venerable Lip-Sync Assassin (is anyone?). It’s a blast to hear the rest of the queens lose their minds at this performance from behind the stage, especially when Jorgeous whipped out her signature move: Punching the ghost.

Despite a few Destiny’s Child songs here and there, Beyoncé had been conspicuously absent from Drag Race lip-syncs for seasons. The show made up for it this year with three fantastic numbers worthy of the Queen (counting her “Telephone” duet). Best of all was this LaLaPaRuZa three-way to “Radio” in which some of the season’s strongest showgirls went head-to-head-to-head and really turned it out. It can be difficult for everyone to get their shine in lip-syncs with more than two queens, but it was dazzling the way these three owned the stage together, looking like a—to use Ru’s words—“hot-ass fucking girl group.” Get these three on tour, ASAP.

1. Jasmine Kennedie vs. Jorgeous: “Something’s Got A Hold On Me,” Etta James

Highly anticipated and somewhat inevitable (collectively these two had sent home half of the cast up until this point), this showdown between titans Jasmine and Jorgeous was a gleefully triumphant affair that exceeded expectations. We knew these two had the goods to bring the house down with a dance track, but Drag Race wisely threw them a curveball with “Something’s Got A Hold On Me,” a soulful R&B classic that challenged them in a whole new way. It’s hard not to smile the entire time—from Jorgeous’ commanding backlit intro, to Jasmine’s mind-boggling split, to the moment where they synced up on the “Oh, oh, oh’s,” the lip-sync radiated pure joy. And with a double-save, Ru kept those good vibes going, solidifying this as the most celebratory, re-watchable, and best lip-sync of the season.