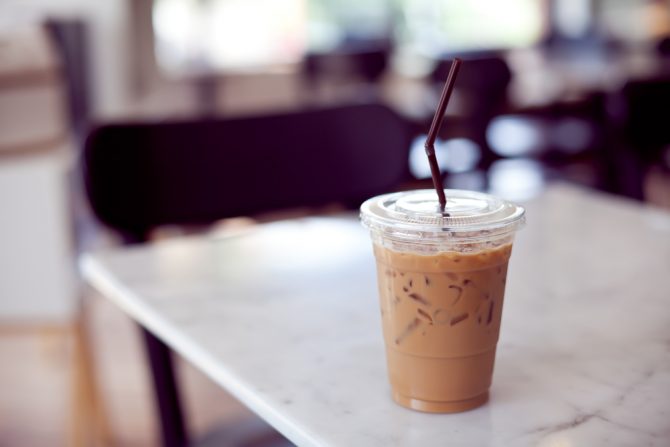 Just like Halloween and walking fast, it is a long and well-established fact that iced coffee belongs to the gays. We don’t know why. It just does. It’s the homosexual cousin at the beverage table.

One hypothesis is that the deep relationship between gay people and iced coffee stems from Season 3, Episode 11 of Will & Grace, when Jack falls in love with the barista who turns him into a coffee addict by continuing to give him free drinks before ultimately breaking his heart.

Maybe that’s it. Maybe not. Who knows? Who cares, really?

hi gays im back *walks in with iced coffee*

Gays walking through the city after they get their iced coffee

imagine if gays had to pick between grindr or iced coffee

at Starbucks and there was like three gays in front of me and we all got some type of iced coffee, we really are unstoppable. pic.twitter.com/x1uYAzYhSG

I was in a room full of straights and said "I'm gay, I can't drive." and they didn't get it. What's next? Am I supposed to explain how iced coffee is gay? IDK Bitch, it just is.

Okay – I know I'm a tad bit gay and all … but automatically switching my order to an iced coffee is a little presumptive. ?

Tell me why the barista at Starbucks personally attacked me by giving me a HOT coffee today when I ordered an iced coffee?!

Ma’am! It’s literally 90 degrees out, I’m clearly post workout, hungover, and gay. What about that combo suggest a need for hot coffee?! pic.twitter.com/WYdn1MAlwJ

Gays on their way to get iced coffee pic.twitter.com/gA4fFH6gRz

Coffee Grindr: an app that connects gays to the nearest Iced Coffee.

The iced coffee makes this video a critical part of gay history https://t.co/Ru7UIXihfL

I dropped an AirPod in my iced coffee, which is the exact opposite of gay rights

me and the other gays on the way to get more iced coffee pic.twitter.com/RYgFxBpdcO

my barista every time my gay ass walks in to get iced coffee: pic.twitter.com/TPi7NQwfDW

I just washed down my prep with iced coffee. I'm on too many levels of gay right now.

gays when you give them iced coffee pic.twitter.com/4NxrKZI8Ph

Started to write another tired “gays + iced coffee” joke then realized I was drinking iced coffee. So I stopped

“I can do all things through iced coffee who strengthens me” -the gay bible pic.twitter.com/tR4CCkEXnp

Gay culture is now and then getting iced coffee simply because you’re bored and don’t have anything else to do and just want to feel the power of holding it.

Starbucks: Sorry we just ran out of iced coffee!

I assume everyone holding an iced coffee is gay and on the verge of a breakdown https://t.co/hMKRMcglA3

Gays when they dye their hair blonde to solve their problems instead of going to therapy, getting 8 hours of sleep a night, and not drinking iced coffee in substitute of water: pic.twitter.com/G2SbtoImdM