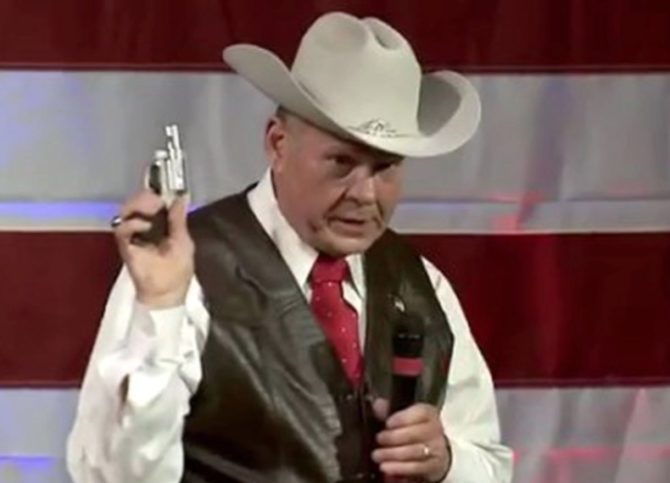 Shortly after an explosive report alleging Roy Moore engaged in sexual conduct with underage girls appeared in the Washington Post, GOP leadership pounced on the opportunity to get Moore out of the race for Alabama State Senator.

As Politico notes, however, they might be stuck with their truly horrific candidate. While Moore or the Alabama Republican Party is technically able to withdraw his nomination, there is no way to replace him on the ballot other than as a write-in candidate.

The irony is that Moore, who is virulently antigay, was a terrifying candidate even before these allegations.

Here’s a sampling of the Republican elite collectively freaking out:

“If these allegations are true, he must step aside,” McConnell said in a statement.

The allegations against Roy Moore are deeply disturbing and disqualifying. He should immediately step aside and allow the people of Alabama to elect a candidate they can be proud of.

“I find it deeply disturbing and troubling,” he told CNN.

If there is any truth at all to these horrific allegations, Roy Moore should immediately step aside as a Senate candidate.

“If these allegations are found to be true, Roy Moore must drop out of the Alabama special Senate election.”