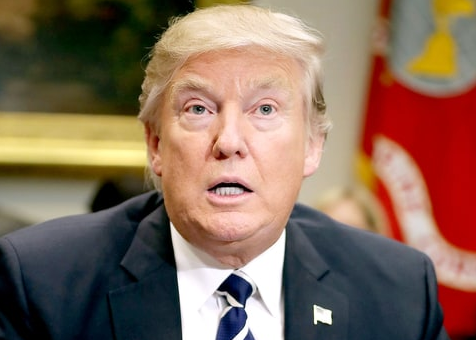 Donald Trump is back at the White House following his COVID treatment at Walter Reed Medical Center, and he really wants everyone to think he’s kicked the viruses butt. But a short clip of the president on the Truman Balcony taken just after his return is causing many to wonder whether he’s doing as well as he claims.

At a Monday press briefing, Dr. Sean Conley, the president’s physician, said he’d “met or exceeded all standard discharge criteria,” but did couch that by saying Trump “may not entirely be out of the woods yet.”

On the Truman Balcony, he appeared to be struggling to breathe:

Trump appears to be wincing in pain while he breathes pic.twitter.com/YKhGhu0VN0

“If a picture is worth a thousand words, what about a video? This 8 second video destroys all attempts by @realDonaldTrump to downplay the virus because it shows him gasping for air. Many Americans are now visually seeing how the virus causes breathing difficulties & lung damage.”

Recovery from COVID-19 can often be a lengthy process. Mild cases can take up to two weeks to run their course, while more severe cases can last from three to six weeks.