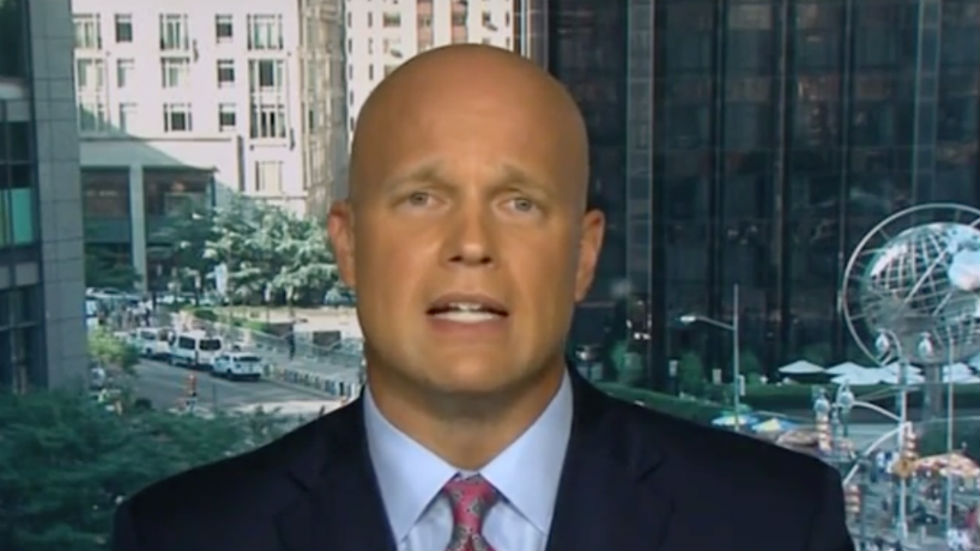 We already knew that Matthew Whitaker, the acting U.S. Attorney General installed after Jeff Sessions’ firing, is anti-LGBTQ. But apparently he was also on the advisory board for a fraudulent company that marketed a “masculine toilet” for “well-endowed men.”

According to Mother Jones, during November 2014, the Miami-based firm World Patent Marketing (WPM) announced its intention to develop a toilet with a deeper bowl “which prevents contact from male genitalia with potentially unsanitary surfaces of the toilet bowl by preventing contact.”

The toilet’s press release said, “The average male genitalia is between 5″ and 6″. However, this invention is designed for those of us who measure longer than that. I estimate that a 12″ distance is adequate enough for most well-endowed men… An ‘extra long’ [XL] version can always be created if needed.”

The press release also mentioned that Whitaker had recently joined WPM’s advisory board.

Since the average length of a flaccid male penis is around three to five inches max, most men would never need a “masculine toilet.” The product’s very name implies that having an average-sized penis is somehow un-masculine, and the distance between its seat and the water would probably create lots of unsanitary splashing.

But it doesn’t really matter since the toilet and its marketing company were both completely fake.

Basically, WPM would feature products like the “masculine toilet” and then ask investors for money to cover patent and manufacturing costs, promising big payouts once the products hit the market. WPM’s other products included a time-travel cryptocurrency (don’t ask) and a Bigfoot doll accompanied by a video that claimed DNA-proof of the creature’s existence.

WPM is currently under investigation by the FBI after the Federal Trade Commission shut it down for bilking “thousands of consumers out of millions of dollars,” including numerous U.S. veterans who lost their life savings investing in WPM’s scams.

Related: This hotel bathroom sign has a separate “Gay” toilet, and people are outraged

Whitaker reportedly helped promote WPM as an ethical company and sent a letter threatening legal action against a person who planned on reporting it to the Better Business Bureau.

Whitaker also thinks that special counsel Robert Mueller’s investigation into Trump’s possible collusion with Russians has “gone too far” and should be restricted.

Nnow Whitaker is in a position to limit Mueller’s investigation. But based on his previous work with this scam toilet company, we’re more than a little skeptical about his integrity.