A Twitter feud between two gay adult film performers turned catty this weekend (link NSFW) when hunky vers-bottom Kurtis Wolfe claimed that producers at Raging Stallion studio paid him double to “take one for the team” and perform with tattooed top Sergeant Miles, a Trump-supporter who no other actor allegedly wanted to perform with.

It all began on Saturday when Miles called Wolfe the “worst scene partner I’ve ever worked with” stating that Wolfe was low-energy from “doing drugs all week.” Miles was referring to his March 2018 scene with Wolfe in a production entitled “Shut Up and F*ck Me!”

Wolfe responded by stating that his lack of energy came from gogo dancing the night before at Hustlaball, the international gay fetish circuit event. Wolfe then added, “I was begged last minute to replace the two scene partners who backed out on your scene because you are a vile human being. My scene rate was even doubled because I was ‘taking one for the team.’”

Miles refuted Wolfe’s “last minute” claim, stating that they’d been scheduled to work with each other for at least a week. Miles also claimed that Wolfe’s scene partner from “the day before” said that Wolfe had been doing drugs. It’s unclear what “scene partner” Miles is talking about since Wolfe only performed one scene with Miles during the production.

Miles then claimed that this other “scene partner” was from another shoot entirely and added that Wolfe had to fake his climax. What’s weird is that Miles is actually correct — Wolfe did fake it and had already admitted to doing so in a March 2018 interview (link NSFW). But having watched the trailer, that’s some award-quality special effects because it looked legit to us.

Miles said Wolfe acted unprofessionally during their shoot by getting upset after Miles asked him about his test results for sexually transmitted infections (STIs). Wolfe responded by saying that Miles asked him about his STI test results before even saying “hello.” He added that it shouldn’t have mattered as much anyway seeing as their scene involved condoms, significantly reducing possible STI exposure. 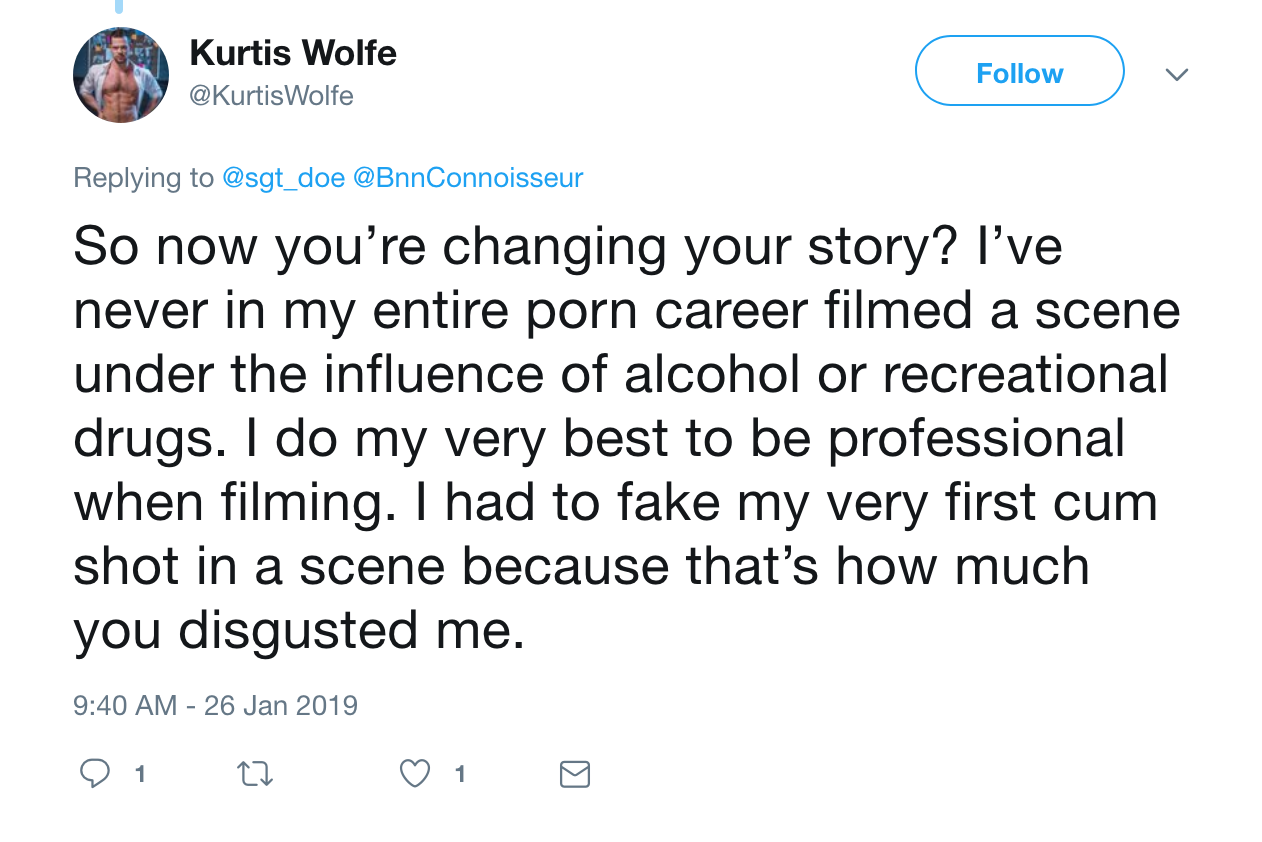 Either way, the spat between the two actors ended when Wolfe claimed that Sergeant had never been invited back to the studio since their scene. That’s a questionable claim since Raging Stallion released two scenes with Sergeant in June 2018, but it’s entirely possible that the studio shot those scenes before March 2018.

Wolfe, in comparison, has appeared in six Raging Stallion releases since his scene with Sergeant.

If you’re wondering why Wolfe finds Sergeant so repugnant, it probably has to do with the fact that in a Feb. 14, 2018 tweet, Sergeant called the teen students who survived the Parkland shooting cowards for hiding in closets instead of fighting against a shooter armed with a semi-automatic weapon by throwing their backpacks and pencils. (Yes, really). 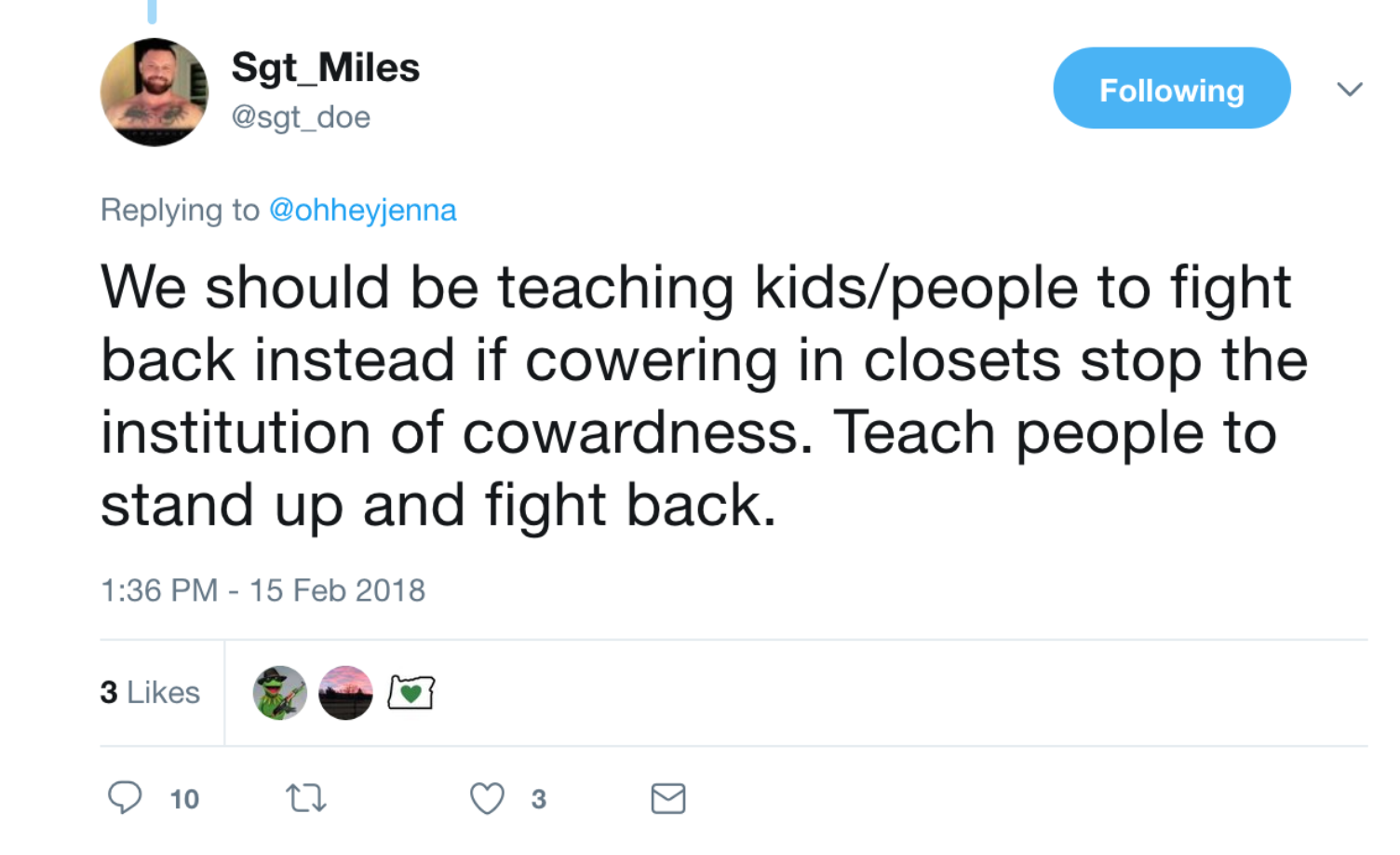 Miles also publicly claimed that he voted for Trump and that Trump supports gay people. Uh… next.